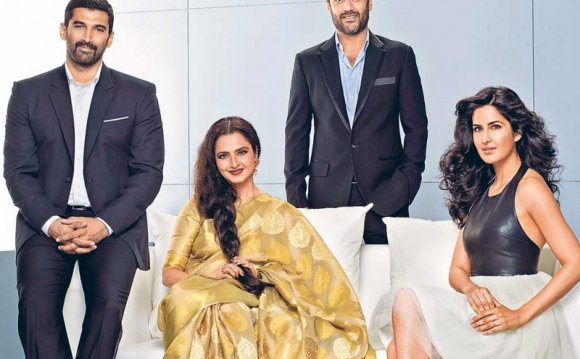 Being your own stunt double means the odds of potentially grievous bodily harm are stacked against you. One fine day on the sets of new film Singh is Bliing, actor Akshay Kumar survived a difficult stunt gone wrong.

In a tweet late Tuesday, the 47-year-old actor described it as a 'freak accident.' No, Akshay - a freak accident is when you are strolling along minding your own business and a piano falls on you out of the sky. This was a lesson on the importance of getting dangerous stunts exactly right.

The accident happened while Akshay was filming the song Tung Tung Baje, a sequence in which he is required to put himself in harm's way by jumping through a flaming hoop. The video below, uploaded on YouTube by Akshay's production house Grazing Goat Pictures, captures the alarming moment when, after having safely gone through the fiery hoop in rehearsal, Akshay's ankle gets in the way and brings the hoop down on him, fire and all. (Also Read: A Singh With Major Bliing: Akshay Kumar Stars in Trailer as Raftaar)

In the footage, it's clear that Akshay's leg caught fire but he seems to have escaped relatively unscathed. The luck of the Khiladi, we presume.

Singh Is Bliing, co-starring Amy Jackson, is directed by Prabhu Deva and releases on October 2.