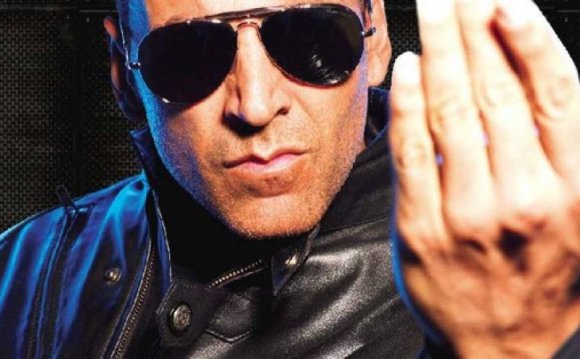 A good break in a Bollywood movie for any main stream role for any male or female struggling actor means a lot. It simply gives a U turn to their acting career, giving the stardom, fame, money and list of huge fans following them even for one glimpse. Luckily, in Bollywood the family dynasty is also popular to some extent unlike our Indian polity; however, you have certain stars who in search for a perfect or suitable character recommend any newbie giving them chance to make their debut in the B Town. Though you may find filmmakers often pairing two successful male and female stars to make a successful movie but there are few stars that do not believe in this and often have given chance to the newer ones. In other words, these can be called as Godfathers of Bollywood. The most popular ones include Akshay Kumar and Salman Khan, wait you have some more in this list. Let’s check how these two popular and other stars have turned out a god father for many new female actors in the B Town.

Of course one of the leading Godfathers of Bollywood is Akshay Kumar who has seen giving chance to many newcomers in the Tinsel Town. Let’s check them out as under:

Apart from above named ones, he has also acted with several others who remained low profile at that time but his recommendations has made them stars to them as well. These include Bipasha Basu in Ajnabee and Garam Masala, while Tamannaah Bhatia for Its Entertainment, Shruti Haasan for Gabbar and Tapsee Pannu for Baby. However, when he is asked about this favour for these ladies, he turns down the term Godfather and is modest enough to take any appreciation. He believes doing this only to the deserving actors.

The next in this Godfather list is Sallu Baba who has been responsible in bringing out some of the talented lass to the Tinsel Town. In fact, he has lives with the tagline of Bollywood for many Female actors who are now enjoying a stable career, thanks to him. Well, let’s explore some names, which have turned out stable in this category as under:

Apart from these ladies, Sallu Baba has named others as well along with promoting them. These include Bhumika Chawla (Tere Naam – 2003), and other known and unknown ladies in the B Town. When asked how he feels about being the Godfather of B town, he plainly rejects the tagline. According to him, he also got a chance by someone, which keeps him doing the same for others as well. He loves to introduce new faces and love them to see great future in Bollywood.

Though this man is known to be Mr. Perfectionist yet he proved out to be an asset for many newcomers giving them a good career in Bollywood. These include Rani Mukherji in Ghulam in 1988, Gracy Singh in his own movie Lagaan in 2001, while Asin in Ghajani in 2008.

The Badshah of Bollywood too seems to be in the list apart from being the second in the richest actor list is the world. Unlike the other two Khans, he too has introduced a couple of female actors in his movies. For instance, Gayatri Joshi in Swadesh in 2003, Anushka Sharma in Rab Ne Bana Di Jodi in 2008, while Deepika Padukone in Om Shanti Om in 2007.

And the last comes in the list in the form of Ajay Devgn who worked with certain newcomers and thus helped them to have a stable career in the B Town. For example he worked with Gracy Singh in Gangajal in 2003, Asin in London Dreams, Shazahn Padamsee in Dil To Baccha Hai J in 2003, Tamannaah Bhatia in Himmatwala 2013 and Kajal Aggarwal in Singham 2011.