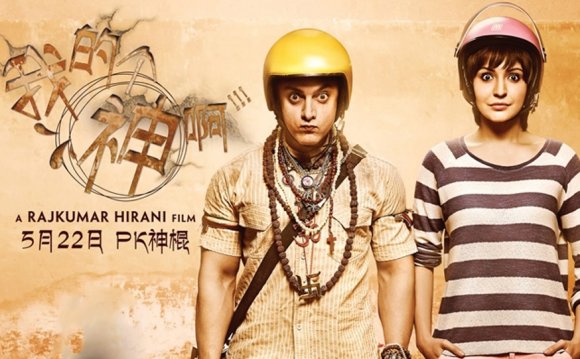 2) Tanu Weds Manu Returns : The original film was a laughter riot and everyone appreciated it. With the prequel being awesome itself, it wasn't for the movie to do justice, but it turned out to be better than the first. The jokes, songs and two really different personalities of Kangana were amazing to watch on the 70 mm screen.

3) Dum Laga Ke Haisha : The movie took us back to the 90’s, and Kumar Sanu songs. The nostalgic tale touched upon a number of social issues but never with a condescending tone. A fresh and feel good movie which was realistic.

4) Pyaar Ka Punchnama 2 : The Punchnama boys were back and they did that with a bang! The movie had incredible reviews with both girls and boys equally enjoying it; a thorough entertainer. Well not all though, but..

5) Talvar : Revolving over the controversial Arushi Talwar murder case, this movie had some impeccable acting performances. New revelations and so much more...

6) Masaan : This movie bagged the FIPRESCI Prize in the Cannes Film Festival and a Promising Future prize for debut films. Masaan narrates two separate stories that are tied down together in the end. A brilliant film I must say.

7) Main Aur Charles : This movie tried to shed light on the real Charles Sobhraj and not on the serial killer we all know about. Randeep Hooda did justice to his role. Period.

8) Drishyam : A terrific tale of how a family man tries to protect his family with the use of his intellect. Exceptional performances made this movie an edge-of-the-seat thriller. The climax is something you need to watch out for if you haven't seen this film.

9) Hunterrr : Hunterr was a pretty good watch, based on the life of a sex addict who ultimately finds true love in the end. Yeah. Happy Endings :)

And last but not the least,

10) Piku : This beautiful tale of a father and daughter was very close to the heart. It was a non-commercial movie based on pure emotions and some motion perhaps but it successfully walked into the coveted 100 crore club.