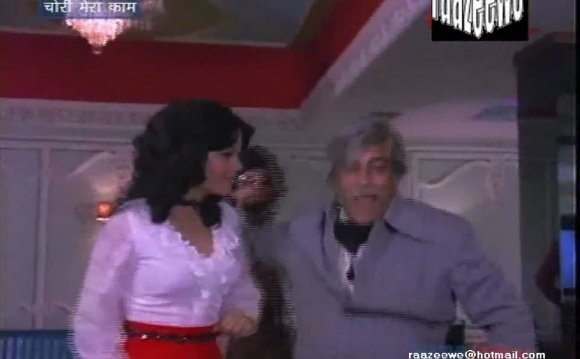 100 years since the first Indian film was released, and over the years the number of film songs that tug at our heart has been growing. It’s the day to dance today, and these numbers are some of the best the industry has to offer.

This song is not just a national favorite, it is an international favorite! In 2003, BBC undertook a poll on the world’s best 10 songs … and this song was voted 9th! And this is among 7000 songs selected! With lyrics written by Gulzar to the popular Sufi folk song ‘Thaiyya Thaiyya’, sung by Sukhwinder Singh and choreographed by Farah Khan, this was Malaika Arora’s first item song –if you can call it that. SRK and Malaika on top of a moving train, swaying to this catchy number – this is one of Bollywood’s best.

Love it or hate it – you cannot ignore it! This song of the 1993 cult film ‘Khalnayak’ has lifted generations to their feet to boogie to its suggestive lyrics. An offering of music directors Laxmikant-Pyarelal and lyricist Anand Bakshi, this song has been crooned by playback queen Alka Yagnik and folksy songster Ila Arun. Crass as it may appear, this song was an iconic 90s number – pictured on Madhuri Dixit.

There are many Big B songs that are dance-worthy, but this one is special because this is one of the first songs where Amitabh Bachchan lent his voice. Music and lyrics by Kalyanji Anandiji and Anjan, this song featured Zeenat Aman and the ‘Banaras Wala Paan’ intoxicated Amitabh Bachchan. With Kishore Kumar belting this song, as the young leggy actor runs around among ‘panwaris’, this song is so catchy that you inevitably find yourself jiggling your foot.

The song that made Asha Bhonsle the queen of cabaret numbers, ‘Piya Tu’ is especially memorable for the orgasmic sounds and the picturisation. This is one of Helen’s most memorable vamp dances, replete in her red and black spangled dress – with innovative props like a golden cage and a slide from it. There have been many remakes and remixes of this song – and rightfully so!

Music and lyrics by Ismail Darbar and Mehboob, this Sanjay Leela Bhansali movie had a soundtrack that was one of the best – with nine Filmfare Award nominations, no less! We have to have one song from this movie on this list. While all the songs were brilliant, and choosing one over the other would be considered gross injustice – we still would like to put ‘Dholi Taro’ over the rest. Why? Well, with such a huge cast for this epic film, this is the only song that the entire family dances their heart out in!

We seem to be partial to the 70s, but with good reason! Some of the best dance numbers are from that era. Who can forget ‘Mehbooba Mehbooba’ – a gypsy song that Helen dances to around a bonfire? Sung by RD Burman, this was an award-winning song. And like most others on this list, this song was also done to death in future remixes and remakes. Interestingly, this song is a remake of a Demis Roussos song, which was inspired by a classic Cypriot song ‘Tia Rialia’.

In a list of Bollywood’s best dance songs, it would be a crime not to include a mujrah. And we have narrowed down the best mujrah number to this Rekha stunner. Umrao Jaan Ada is a classic Urdu novel few people do not know about… and Rekha’s portrayal was fabulous, to say the least. And this song is a resplendent example of the Lacknavi courtesan culture in the earlier century.

Telegu for “Ram, will you come?” this song is an iconic number from the Raj Kapoor-Nargis starrer ‘Shree 420’. The popularity of this song has rendered itself in the 21st century as the name of an upcoming Prabhu Deva movie!

Dilip Kumar and Vyjayanthimala were amazing in this 1957 drama – and the songs are evergreen. Whether you prefer the colorized 2004 release, or the original black and white movie – the moves of Dilip Kumar and dance pro Vyjayanthi once made your grandparents dance, and if you watch the video – you will also start nodding your head to the rhythm!

The first color film of Bollywood, this movie is best known also for the dance sequences of the then superstar Sandhya. To round off this list, we bring you the Holi song from this colorful movie – ‘Are Ja Re Hat Natkhat’. With a classical base, this song is unique in how Sandhya portrays both a boy and girl with equal grace. With music and lyrics by C. Ramchandra and Bharat Vyas – this is definitely a song you can dance to.

With 100 years of so many songs, music and dance – it is difficult to pick out just 10 from the entire lot. While a lot has been left out, the ones on the list are sure to get you off your feet on World Dance Day!