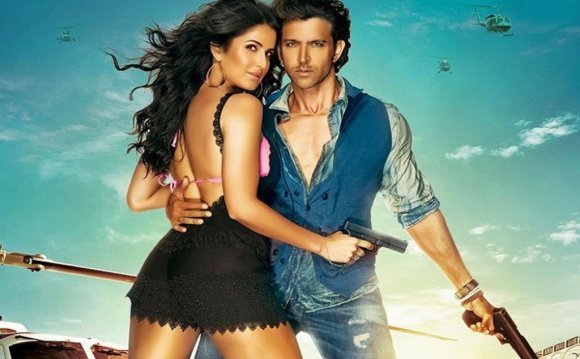 This week has ushered in the Diwali holiday, and that sets up the latest film from Bollywood blockbuster titan Salman Khan. (loosely translated to Found The Jewel Of Love) opens tomorrow in India and the diaspora including 270+ screens in North America. The film, from Fox International Productions, Fox Star Studios and Rajshri Productions, has Bollywood all a-chatter that it will beat box office records at home and abroad. Khan, who is one of the industry’s top grossers, last excelled in Bajrangi Bhaijaan which became the No. 2 Hindi movie of all time in India with 320 crore ($48.2M) and over $8M in the U.S. after its release last July. And that was despite the fact that Khan had recently been convicted in a 13-year-old hit-and-run case sending the local industry into apoplexy and shares of that film’s distributor, Eros, into a freefall. He was granted bail two days later and the market steadied itself. Then Bajrangi made history.

Now comes and pundits expect it to best Bajrangi to beat the previous opening day record held by Khan’s sometime rival/sometime pal, Shah Rukh Khan and his Happy New Year which bowed last year to about $6.8M on the same holiday. There’s also a chance the overall bet beats Aamir Khan’s PK – the top grosser of all time.

Sonam Kapoor (Bhaag Milkha Bhaag) co-stars in PRDP, a romance drama from director Sooraj R. Barjatya in what marks a reunion after 16 years and his fourth collaboration with Khan. Khan plays Prem, the same moniker he’s had in each of his films with Barjatya, albeit a different charcter (hence the “I’m back” line in the trailer above). The story sees Khan as a happy-go-lucky guy who is enchanted by the simplicity of Princess Maithili. He also plays the prince. The film follows his quest and “represents the unconditional love that all families must have for each other, ” according to the production notes.

Love and family are big themes locally. And that translates to the Bollywood business whcih maybe could teach a thing or two about cynism. The world’s biggest Bollywood star, Shah Rukh Khan, and India’s mega-grosser Salman Khan, are said in local press to have buried any previous animosity. They both have movies coming on the lucrative Eid holiday next summer. That could be a stand-off/marketing ploy, but in a further sign of entente and support, the trailer for Shah Rukh Khan’s Christmas release, Diwale, will run with PRDP in theaters. The superstar gave props to PRDP earlier this week, tweeting a video with the line: “Team Dilwale grooves to PRDP only for Prem with prem.”

Top 10 bollywood movies of all time based on box office ...