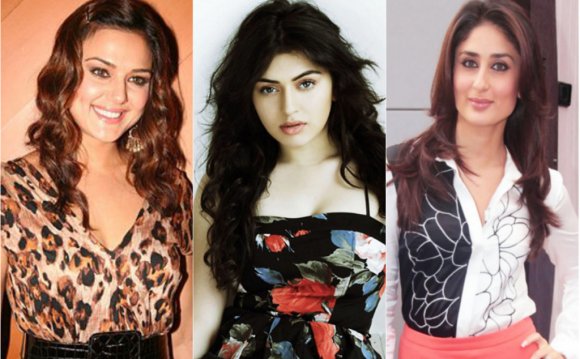 New Delhi: Bollywood celebs lives are no more a hidden secret in industry. The advanced mobile technology has been one of the best modes to unearth their hidden sensual secrets and we know none of them must have dreamt of it to be revealed in public.

MMS scandals are not new to Bollywood and many stars have come under its shade, some incidentally while few intentionally for publicity.

Here's a look at Bollywood celebs' most infamous MMS scandals.


Poonam Pandey: The controversial queen Poonam, undoubtedly always remains in limelight for her sleazy posts on twitter, but there was a time when the ‘Nasha' actress got a jolt when an MMS with unknown guy went viral.

Veena Malik: The raunchy MMS video clip which did rounds on the internet and mobile phones had this Pakistani bombshell with Indian actor Rajan Verma. But later the actress rubbished the reports claiming that the voices, in a leaked MMS clip featuring her in a compromising position with a co-actor, were tampered. Veena also added that scenes in the video were the part of her flick ‘Zindagi 50-50'.

Mona Singh: In another controversy, ‘Jassi Jaisi Koi Nahin' actress Mona Singh came under scanner when a 23-second long video footage went viral having a girl alike her in a completely nude state.

The girl in the footage could be spotted running from one room to another and giving some awkward expressions to the cell phone which is capturing her nude.

However, a shocked Mona filed a police complaint at the cyber crime branch saying the video was morphed and she has asked for investigation.

Gihana Khan: Just before the release of a political thriller “Mumbai Mirror”, the main leads Sachin Joshi and Gihana Khan were in lot of buzz with their leaked video. The intimate scenes filmed between the two which were initially supposed to be the part of the flick were leaked and it gained a lot of views on the internet.

It is learnt that one of the crew members for fun had leaked the video. The two could be seen in intimate positions in the clip.

Even Kareena said in an interview that she belonged to a reputed family and would never do such a thing in public. It is said that it was this MMS clip after which the two broke up.