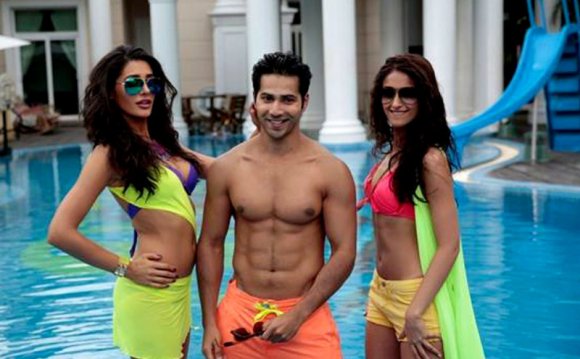 The Shah Rukh Khan-Kajol starrer Dilwale has had a bigger opening than Sanjay Leela Bhansali’s period biopic Bajirao Mastani, and it has continued to rake in more moolah because Shah Rukh Khan reportedly knew the trick.

The advance booking of Dilwale started from Monday of the releasing week, far ahead of Bajirao Mastani. However, the first Monday (after its Friday release) collections are always the litmus test for any film’s acceptability, and this is where it looks like Bajirao Mastani has an edge over Dilwale.

According to trade magazine Box office India (image attached below), on Monday Bajirao Mastani had the net collection of Rs 10.25 crore, whereas Dilwale ended up raking in Rs 10.09 crore.

“Bajirao has overtaken Dilwale, ” says trade analyst Taran Adarsh. He further confirms that Bajirao Mastani has an upper hand now because it has had a very strong word of word of mouth working in its favour.

Trade analysts Komal Nahta seconds Taran Aadarsh, and further adds that the boycotting of screenings of the Dilwale, by right-wing groups in Mumbai have definitely affected their day one collections.

Maybe for a different reason, but Bajirao Mastani too suffered such boycott in Pune. “It was unbelievable and unprecedented; else both the films would have made huge money, ” says Nahta.

Amod Mehra is sure that the collection of Bajirao Mastani would see a sharp rise whereas for Dilwale it is likely to slide down in the same proportion. “This weekend, however, will show which film is a hit and which one is a flop. At present, it looks like Bajirao Mastani will sail through and Dilwale won’t work, " says Mehra.

News publications have already established that Dilwale has crossed Rs 100 crore, but the fate of the film actually depends on net collection from theatres in India. Going by those figures, Dilwale has made Rs 74.72 crores whereas Bajirao Mastani is lagging behind with Rs 52.20 crores.

Not only in India, even in the US, Bajirao Mastani's collection is higher than Dilwale, according to Komal Nahta tweets:

Amod Mehra made clear that it takes, at least, three weeks to decide whether a film is a hit or flop. Nahta is holding his verdict as well, until the end of this year. “We can’t declare any of them as a hit, not as yet, " he says.