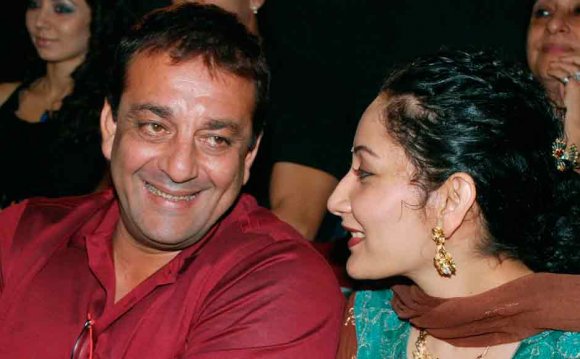 Asin married Rahul Sharma in New Delhi on January 19. The actress had a Christian wedding in the morning which was followed by another ceremony according to Hindu customs. Akshay Kumar, who played the cupid in their wedding was the Best Man.

Seen here, Akshay with Asin and Rahul Sharma. Asin looked pretty in a white gown, while Rahul was smart in a black suit. Akshay shared this picture on Twitter and wrote, "Wishing d Happy Couple, Asin & Rahul a lifetime of Love & Adventures, indeed made 4 each other. Love & prayers always." (Source: Twitter)

Seen in this picture, Asin wearing a golden Sabyasachi lehenga looked pretty as she sat with her husband for the ceremony. Groom Rahul Sharma was in white sherwani.(Source: Twitter)

Asin and Rahul Sharma's best friend Akshay Kumar, who played cupid for the couple, poses with the newlyweds. Akshay had got the first card of their wedding. (Source: APH Images)

The Catholic style wedding, which took place in the morning of January 19, had Asin dressed in a white gown and Rahul, 39, sporting a black suit and bow tie. Asin got married to Micromax founder Rahul Sharma in a Christian wedding ceremony followed by Hindu rituals in Delhi. Asin tied the knot in a simple, private ceremony attended by family and close friends at a resort hotel.

"It was a beautiful wedding. Everyone looked amazing. Akshay was present. It was Asin's idea to have a Catholic wedding. We all are very happy, " said a close relative of Rahul.

"It was a beautiful wedding. Everyone looked amazing. It was Asin's idea to have a Catholic wedding. We all are very happy, " said a close relative of Rahul. Asin’s ‘Khiladi 786′ co-star and good friend Akshay Kumar played cupid in their love story. Akshay and his wife Twinkle were the first brand ambassadors of Micromax, and the actor happens to be Rahul Sharma’s best friend. Asin had stepped into the industry with 'Ghajini' opposite Aamir Khan.

A picture of the priest, who performed the wedding rituals in the evening, at the wedding venue. (Source: APH Images)

The group of pundits outside the venue. (Source: APH Images)

Any Indian wedding is incomplete without some dhol. A group of dhol players stand outside the venue waiting to welcome the baraat. Delhi-based music group Elohim Worship band performed at the wedding. (Source: APH Images)

Asin and Rahul had a Church wedding in the morning. The evening ceremony, which included jai mala and pheras, atypical of North Indian wedding, was also graced by Akshay. The groom arrived in an open car for the baarat.

Asin’s fan page also shared pictures of the hotel where the couple will tie the knot. (Source: Twitter)

Both the functions were kept private with tight security arranged at the hotel entrance.

A get-together is expected to take place at Rahul's farmhouse.

The couple decided upon golden colour for their wedding card which had their Initials in bold. (Source: Instagram)

Asin and Rahul will be hosting a wedding reception in Mumbai on January 23 for her friends in Bollywood. Asin was last seen onscreen in All is Well. She has wrapped up all her Bollywood assignments and has taken a sabbatical from acting. (Source: Instagram)

It was revealed in August last year that the duo was seeing each other and was set to marry. Asin, known to be a private person, remained mostly silent on her love life. EDC Designs, the company that had earlier designed cards for Harbhajan Singh and Geeta Basra's wedding, has been given the mantle of designing the cards for Asin and Rahul's wedding.

Bollywood actor Anil kapoor with his wife and kids