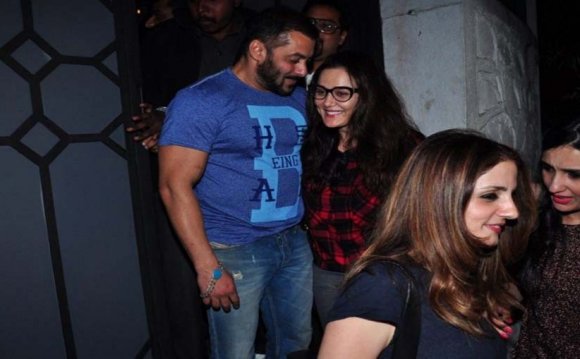 Honey Singh is unfazed by Badshah’s success and thinks he is no competition to him; Preity Zinta shared her first selfie after tying knot with her American beau and fiance Gene Goodenough at a private ceremony in LA recently.

Here are the top Bollywood news at this hour. Deepika Padukone stepped out for dinner with ace tennis player Novak Djokovic but the foreign media failed to recognize her. Shah Rukh Khan visited the Kapoor & Sons cast Alia, Sidharth, Fawad after their song launch. Sonam Kapoor slammed the body shamers on Twitter, Anushka Sharma gave her a thumbs up.

Click on the following liks to read the entire story:

Honey Singh’s mysterious 18 months hibernation gave a lot of other rappers to make hay while Honey was away. Badshah was one such singer who came to the fore in recent times and ably compensated for Honey’s absence by rendering hit songs in many movie. However, Honey Singh is unfazed by Badshah’s success and thinks he is no competition to him.

With a cute dimpled smile on her face, actress Preity Zinta shared her first selfie after tying knot with her American beau and fiance Gene Goodenough at a private ceremony in LA recently.

All has not been well in the love paradise of former couple Ranbir Kapoor and Katrina Kaif. The duo, who recently split, are headed their separate ways already. The duo has re-united, but this time it is for their upcoming movie Jagga Jasoos. The film’s final schedule has begun.

After releasing the song Lets Nacho, the cast of upcoming film Kapoor & Sons had a special visitor. It was none other than the King of Bollywood Shah Rukh Khan, who met with Alia Bhatt, Fawad Khan and Sidharth Malhotra. They later indulged in a conversation, which according to Sidharth was amusing.

Actress Sonam Kapoor, who is an inspiring image of confidence in the best of outfits at all places, recently took to Twitter to slam the body shamers. The actress, who has always been very comfortable with her body, was further supported by NH10 actress Anushka Sharma.

Television actress Avika Gor, who rose to fame with her role of Anandi in the famous television show Balika Vadhu, has finally chopped off her long hair. The actress, who has always flaunted long tresses, has got a chic short blunt.