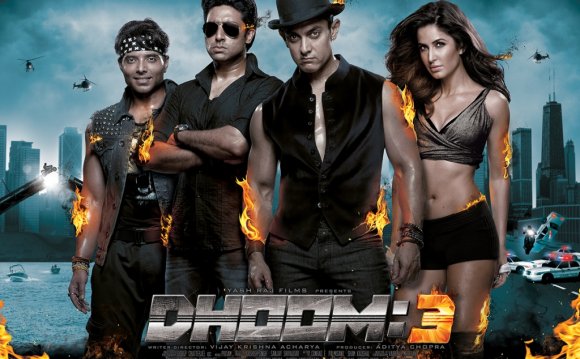 5. Not afraid to address the tabu topics

8. Human, not larger than life, characters

The pacing issues, the tabu topics, the female characters, and the human level characters, I completely agree that Malayalam films are amazing at those things and, except for a few exceptions, I can’t think of many examples of when Hindi films have succeeded in those areas. But the other points made me start thinking about how Hindi cinema used to do that, or does it in a modified way, but could be better.

Multi-starrers were so much more common before liberalization in 1999. Even Karan-Arjun, which I just covered, had not only Salman and Shahrukh, but also Kajol and Mamta, and Raakhee as their mother. But that was back in the 90s, when everyone was working on 3 films at once. Now, even the lesser stars want to do only one film at a time (except for Akshay), which means it is just harder to schedule them all at once. I don’t know why it is different in the Malayalam industry, whether there are more stars available, or they have fewer releases, but I know in the Hindi industry, in order to have a major film come out every few weeks, you have to conserve your stars and parcel them out one at a time. Or else go back to having everyone work 20 hour days.The Foreign location songs only started in the Hindi industry with Sangam (although there were plenty of fantasy songs before that, they were never set overseas). And they only became the norm for even a modestly budgeted film for about 20 years. In my Baazigar post, I noticed that the first love song is all shot in local Bombay “Public Gardens”. Which I recognized from all the other movies that have shot in those locations. Love songs used to be in greenhouses, in parks, on the beach, places just a few minutes drive from the studio. But now there is more money available, and a bigger diaspora audience, who wants to see their next potential overseas vacation spot on film, not the park down the street.

But shooting in the park down the street gives them a much warmer and more relatable feeling. I definitely noticed in the 2 Malayalam films I saw what a strong sense of place can do. They almost made me homesick for somewhere I had never been, just by filming everything within the same few miles of space.

Nostalgia I think goes hand in hand with that. Every once in a while there will be a Hindi film that draws on it, like Dum Laga ki Haisha, but I wonder if it is less used because the Hindi films have such a weak sense of place? How can you be nostalgic for Bombay in the 90s, for instance, if the love song clearly takes place in modern Switzerland? The biggest nostalgia inducing movies for me (meaning they make me feel nostalgic for a particular time and place, whether they are set in the past or not) are: Dum Laga, the original Chashme Baddoor, and Dil Chahta Hai. They were all fairly low budget, so they didn’t have the option of big location shoots, and were forced to stay more or less within the same few square miles. Even Dil Chahta Hai used the familiar space of a movie theater to insert their big fantasy song (which I talked about in Farah’s birthday post), and actually stayed there moved the characters to Australia rather than just flying in and out for a song. Oh! Which goes to the point about low budgets being a boon, since they make you think outside the box!

But the last two points are the ones that I think are the most interesting differences. For the age, Hindi cinema seems to go through generations, so the same group of people will run things from 21 to 50, and then a new group will take over. Like, the giants of the 50s golden age were all between 21 and 27 when they made their first films. But then they stayed in charge until the 70s, when another group of super young people took over. And then the same pattern happened in the 90s. So it isn’t a constant stream of new 20-somethings, it is a periodic refresher period of 20-somethings, that is then replaced with a new group once they retire.