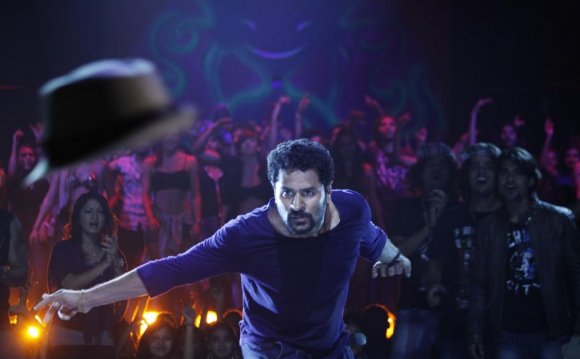 Bollywood movies are enormously popular not just because of the actors, actress and stories but also because of the mind blowing dances. From the black and white era to Eastman Color days of 70’s to the digital age, each era has been grooved by Bollywood’s proficient and talented dancing divas. Over the years these divas have won several hearts and accolades with their vigorous and unforgettable dance performances. Below is the list of top 10 dancing divas of Bollywood, who have wooed their audiences with their sizzling moves.

Katrina Kaif was perhaps not considered amongst the top Bollywood dancers when she first broke onto the scene, but she has come very far, very fast. She has captivated her viewers not only with her beauty, but also with her dancing prowess. From ‘Sheila Ki Jawaani’ to ‘Chikni Chameli’ to ‘Mashallah’ to ‘Kamli’ she has been a part of some of the best dance tracks of recent times.

At No.9 amongst top dancing divas of Bollywood is Priyanka. Undoubtedly, she’s one of the most talented actress and skillful dancer. She is trained Western classical and Kathak dance. I love watching her dance, “Exotic” and “In my City” my favorite! She’s look like a typical hip-hop queen.

The Bollywood Beautiful Queen, Aishwarya Rai needs no introduction when it comes to dancing skills. She trained in classical dance during her teens. Besides her epitome of beauty, she is a great dancing talent and has many popular dance numbers to her credit, like ‘Nimbuda’, ‘Kajra Re’ and so on. She dance gracefully in the these song Nimbuda.

Jaya Prada was a classical dancer who came into films due to her excellent dancing skills. She gave a dance performance at her school jus at the age of 14 years. She was best known for her live performances and dance shows too. Her song ‘Dafali Wale’ from film ‘Sargam’ was a huge hit in 1970’s.

Rani Mukerji is a trained Odissi dancer and has learnt the dance form while in the tenth grade. Through her successful Bollywood career, she has become one of the most high-profile Indian celebrities. She has done many popular dance numbers. In her film ‘Dil Bole Haddippa’, she performed the bhangra to perfection. In ‘Aga bai’ Rani performed belly dance superbly.

At No. 4 amongst the top dancing divas of Bollywood is Urmila Matondkar. She is best known for her graceful and stylish moves. Apart from holding a successful acting career, she is known for her intense style and dancing skills. She is regarded as an outstanding dancer and has been a featured in many Bollywood item numbers, like ‘Chamma Chamma’, ‘Kambakht Ishq’, ‘Rangeela’ songs made her popular.

The gorgeous actress is not just a talented actress but also known for her magical dancing style. Be it Western or classical, the diva did it with ease. Although she never studied the art like her South Indian contemporaries Jaya Prada and Meenakshi Sheshadiri, but she made her name as icon. Her climax dance number ‘Main Teri Dushman’ also remains one of the best snake dances in Bollywood.

At No. 2 on the top Dancing Divas of Bollywood list – the most talented actress, Meenakshi Seshadri, who was the youngest woman to be crowned Miss India in 1981. She was trained in four different types of Indian classical dance, namely, Bharata Natyam, Kuchipudi, Kathak and Odissi. Her Tandav dance on song ‘Bin Sajan Jhula Jhulu’ from ‘Damini’ became huge hit and is considered to be the best and most intense dance performance in Indian cinema.

My all time most favorite, the gorgeous Madhuri Dixit is capturing the top position in this list. Best known as the “Dancing Queen of Bollywood” who has created magic with her moves, is not just a very talented actress but also an excellent dancer. Be it western or classical or Kathak, the diva does it gracefully. She pleased her viewers through her sensational dancing skills and with her strong acting. She is a great inspiration for all current Bollywood actresses. You may also like to watch .