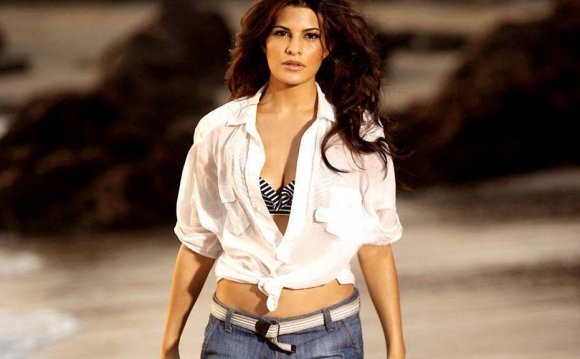 A former Miss Sri Lanka and a Bollywood actress from Sri Lanka, who started off her career with the film Aladin alongside Ritesh Deshmukh and Amitabh Bachchan.

Jacqueline Fernandez is a former Miss Sri Lanka Universe 2006. She has three siblings, two brothers and an older sister. She is the cousin of Frederica Jansz and is half Malaysian and half Sri-Lankan.

She did most of her schooling in Bahrain’s Sacred Heart School where she was motivated to do well and excelled in events such as Athletics, Drama and many other fields. She was most fond of Track and Field and also picked up Horse Riding.

She has a passion for cultures and languages because of which she also joined the Berlitz School of languages. She learned to speak Spanish and improve her French and Arabic.

She is very ambitious and also a perfectionist. She also anchored one of Sri Lanka's business programs called "Lanka Business Report". Not restricting herself to being only on camera, she also writes a weekly column for a national newspaper, the "Daily mirror". She is also involved in social service and has a non-profit organisation in Sri Lanka focusing on empowering the underprivileged. She has come in a VIP ad with Shahid Kapoor.

Jacqueline Fernandez lately experienced that being in the film industry requires some compromises. This is the reason for her ending her two year old relationship with Bahrain prince Sheikh Hassan Bin Rashid Al Khalifa, in the interest of her career.

She was also initially linked with the co-star of her debut film, Ritesh Deshmukh but the rumors didn’t reach far. The current buzz going around in B-Town is that she is dating her director in Houseful, Sajid Khan. According to the rumors, the director and the actress would often be seen engrossed in a conversation and taking breaks together and people on the sets of Houseful have started to call her ‘Bhabhi’.

This Sri Lankan beauty believes in wearing clothes in which she feels comfortable. Her style statement is to keep it simple and ethnic.