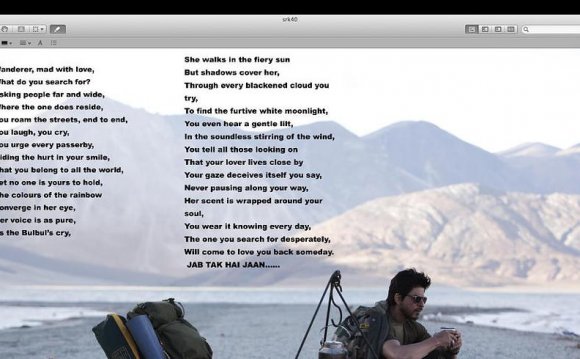 Can we talk about age gaps please? In an interview to The Wrap magazine's upcoming issue, Hollywood actress Maggie Gyllenhaal spoke about being rejected as the love interest of a 55-year-old actor in a film. "I'm 37 and I was told recently I was too old to play the lover of a man who was 55. It was astonishing to me. It made me feel bad, and then it made me feel angry, and then it made me laugh, " she said. If things are bad in a Hollywood that is currently roiling with several campaigns against red carpet sexism and unequal salaries, they are worse in Bollywood. Not only are the age gaps between its most senior actors and their female co-stars alarming and disturbing (or should be), they are not spoken of either. There is little to no discussion of the fact that while Bollywood's biggest heroes age but continue to play leading roles, their heroines remain mostly under-30.

This is a year in which Bollywood's ruling trinity of Khans officially crosses over into middle-age - Aamir turned 50 in March, Shah Rukh and Salman will follow suit in November and December. Of course we ought to celebrate, not just the fact that they can still pass for 40-ish on screen as SRK did in Chennai Express (or a carefully unspecified age in other films) but also that they still command box office crores like no other actor. Last heard, Aamir's PK was Bollywood's top performer worldwide and a Khan film almost never makes less than the coveted 100 crores.

Hitting a half-century not out doesn't mean, however, that the Khans' heroines get any older than they used to be. SRK's last heroine was Deepika Padukone, 29, who appeared with him both in Happy New Year as well as in Chennai Express where she was presumably 20-something to SRK's 40-year-old Rahul. Salman's Kick co-star was Jacqueline Fernandez, also 29. Aamir's PK starred Anushka Sharma, even younger at 27. Akshay Kumar, the next oldest leading man at 47, just made Gabbar Is Back with 29-year-old Shruti Haasan and has several recent movies opposite 27-year-old Sonakshi Sinha on his resume. These actresses have, of course, made movies with actors their own age - Ranbir Kapoor, Ranveer Singh, Arjun Kapoor - but their biggest successes have arguably been with older men.

In their next films, the Khans will star with slightly older actresses. Salman's Bajrangi Bhaijaan co-star is 34-year-old Kareena Kapoor; much has been made of the 'age appropriate' Waluscha de Sousa in SRK's Fan, his Raees heroine is 32-year-old Pakistani star Mahira Khan, and Rohit Shetty's Dilwale reunites him with frequent collaborator Kajol, 40. Actress Mallika Sherawat, 38, has auditioned to play Aamir's wife in sports movie Dangal. But with Kajol and Waluscha the oldest at 40-ish, all these women are still several years younger than the men they are cast opposite.

The last time SRK appeared with a heroine his age was opposite Madhuri Dixit, now 48, in 2002's Devdas and Hum Tumhare Hain Sanam - 13 years ago. Salman made a brief appearance opposite Juhi Chawla, 47, in 1997's Deewana Mastana and starred with Manisha Koirala, 44, in 1996's Khamoshi. Aamir starred with Manisha in 1999's Mann and with Nandita Das, now 45, in 1998's Earth.

When we celebrate then 48-year-old Sridevi's triumphant return to screen in 2012 film English Vinglish, it's important to keep in mind that there's not the ghost of a chance that she will now be considered as a heroine for Salman, with whom she made films like Chandramukhi and Chand Ka Tukdaa. Directors might conceivably now want her to play his mother (not that we imagine she ever will).

Playing the mother or grandmother has been the traditional trajectory that actresses' personal story arcs follow, though defenders of Bollywood might argue that they now have longer careers as leading ladies. This is true. Just 30 years ago - a third of Indian cinema's 100 year history - very little time lapsed before Bollywood's women found themselves cast as mother figures, often to actors they had run around trees with not so long ago. Waheeda Rehman played Amitabh Bachchan's mother in 1978's Trishul just two years after being cast as his wife in Kabhi Kabhie. Raakhee made a swift transition from Mr Bachchan's object of tragic affection in Muqaddar Ka Sikandar (1978) to playing his sister-in-law in Shaan (1980) and then his mother in Laawaris (1981).

Now, Kajol and Aishwarya are still romantic leads at 40. But consider this - the Dilwale casting is simply cashing in on the SRK-Kajol jodi, hoping to repeat the magic that worked in films like Dilwale Dulhania Le Jayenge and Kuch Kuch Hota Hai. The other jodi in the film, Varun Dhawan and Kriti Sanon, have four years between them while SRK and Kajol are separated by a decade. This age gap is unlikely to be woven into the narrative as a plot point - the years that often divide male and female co-stars like a yawning chasm is almost always ignored studiously, except in 2007's Cheeni Kum where the 30-year difference between Amitabh Bachchan and Tabu's character formed the axis of the story.

Consider also that Madhuri's last romantic lead was Naseeruddin Shah, almost 20 years older than her at 65. This was not a problem in Dedh Ishqiya, perhaps because there were 20 years between each romantic pairing - Arshad Warsi at 47 with Huma Qureshi at 28 as well as the implied relationship between Madhuri and Huma. 20 years is apparently quite normal on screen, although in real life it would inevitably cause comment and gossip.

Madhuri's CV and that of Sridevi appear to suggest that actresses are cast opposite actors their own age or even younger up until they hit a ceiling of sorts, after which their heroes are either much older or little known as mainstream actors - like English Vinglish's Adil Hussain who is exactly Sridevi's age. So Shahid Kapoor, 34 last February, might have once been cast opposite Rani Mukerji and Vidya Balan, both now 37, and Priyanka Chopra, who is 32, but is currently making Shaandaar with the 22-year-old Alia Bhatt. Hrithik Roshan and Aishwarya Rai Bachchan, both 41, have delivered films like Dhoom 2, Jodhaa Akbar and Guzaarish together but Hrithik's last heroine in 2014's Bang Bang was the 31-year-old Katrina Kaif and Ash's Jazbaa co-star is Irrfan Khan who, at 48, is looking at 50 himself.