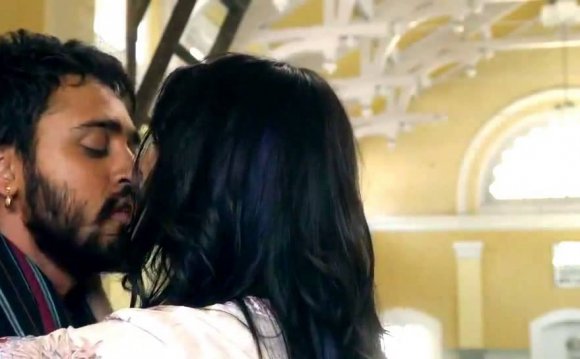 The actress is known for her uninhibited lovemaking scenes and dare bare roles!

Mallika Sherawat, the queen of controversy, is celebrating her birthday today. On behalf of Bollywoodlife, we wish her a very Happy Birthday!

The bold actress who is known for her dare bare appearances, shooting off her mouth, and her ‘forced’ Cannes appearances, than her performances, has made her debut in the Tusshar Kapoor and Kareena Kapoor Khan flop love drama, Jeena Sirf Mere Liye. But her second film was what made her a household name, Khawahish. And after that, Murder cemented her status as an actress who has no inhibitions in doing hot scenes. Then for some strange reasons, she thought she was fit for Hollywood, and packed her bags for her journey westwards.

Let’s look at five hot scenes that made Bollywood and the audience remember her always.

The 17 kisses that brought the limelight on the self proclaimed self made girl from Haryana. The slap-shod cinematic version of Love Story, the film was only known for its smooches than for its plot. Among all the kisses, her kissing scenes under the waterfall and on the beach turn out to be the hottest among the lot.

Mallika Sherawat’s first true blue hit that also made Emraan Hashmi a superstar and as well as giving him the nickname Serial Kisser, the film is a direct lift of the Hollywood hit, Unfaithful. Though the film has several lovemaking scenes, the scene where Emraan Hashmi first seduces her is the best.

Mallika’s fresh and unusual pairing with Rahul Bose worked well for the film, making it the sleeper hit of the year. The scene when Mallika surprises Rahul Bose when he is sleeping on the couch at her father’s house is one of the most hilarious as well as the hottest. Why hottest? Just check out the way she teaches him how to easily unclasp a bra!

Mallika Sherawat’s last Hindi films had her bumping uglies with non other than Om Puri. Now we don’t say that it’s hot, but we don’t have much choice in here! Or did you want us to post any scenes from the travesty called Hissss? It’s all about which is the lesser evil!