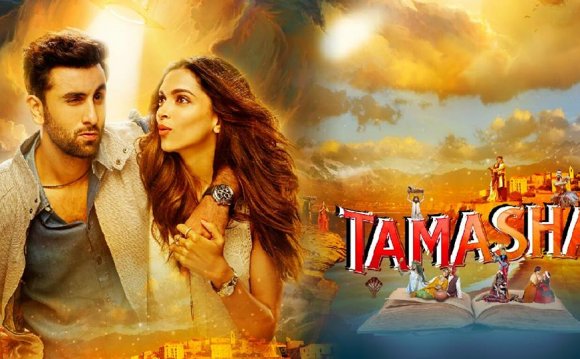 The year 2015 was encouraging for Indian cinema. Although the unfortunate "cash-over-content policy" took precedence (with films like Dilwale, Singh is Bling), audiences were treated to a few outstanding movies. Most of them managed to rake in millions, along with critical acclaim.

Here are the top five Bollywood films of 2015:

If there is one film which in today's day and age is truly reminiscent of yesteryear's late Hrishikesh Mukherjee brand of cinema, it has to be Piku. This small, unassuming film managed to strike the right chords and floored audiences and critics alike. Director Shoojit Sircar created an extraordinary film based on ordinary situations and was ably supported by delightful performances by Amitabh Bachchan, Deepika Padukone and Irrfan Khan.

Talk about bringing method to madness to produce excellence. Bollywood star Salman Khan is one of those Indian stars who just needs to be in the film for it to make millions. As a result, things like story, screenplay, logic etc become secondary. But director Kabir Khan took a bold step by casting the favourite of the masses in a role which is very unlike his on-screen persona. Successfully merging content with commerce, Bajrangi Bhaijaan turned out to be one of the biggest hits of 2015 and also of Salman Khan's career.

This year's sleeper hit, Talvar was a film no one saw coming. Not much was expected from this low-key affair which most thought to be an art-house movie of sorts. The film did not open to packed theatres (lack of publicity, promotions and a big star cast) but picked up over word-of-mouth. Directed by Meghna Gulzar, the movie, based on true events around a controversial Indian murder case – 2008 Noida double murder case – turned out to be a crisp, chilling and engaging watch which, over the next few weeks of its release, received the appreciation and accolades it deserved. [A masterpiece scene in the film: The across-the-table discussion between the two different investigative teams, towards the end of the film].

One of the most stunning period dramas to have come out of Bollywood ever – Bajirao Mastani is cinema at its best. It's one of those movies where all the different elements of filmmaking – story, music, sets, cinematography, costumes, direction and performances – come together brilliantly to create something memorable on screen. A special mention for Ranveer Singh's mind-blowing and kickass portrayal of the Maratha warrior Bajirao. Keep 'em coming!

Most people might feel differently, but Tamasha, despite its flaws, definitely deserves a spot in this list – mainly because of the complex nature of its subject and the way it has been handled by ace director Imtiaz Ali. Ranbir Kapoor silenced critics with a power-packed performance and much-needed hit. However, Deepika Padukone was the real winner here as she managed to take a role not that meaty and turn it into one of her most endearing characters ever.