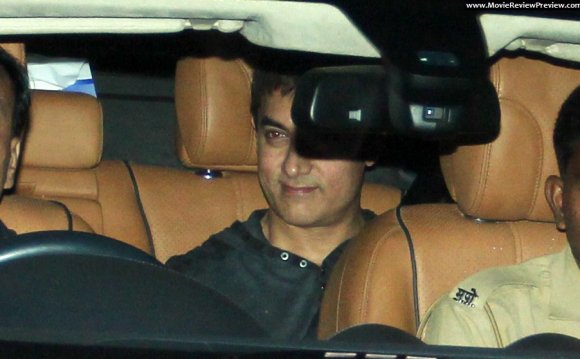 With just one blockbuster – ‘Tanu Weds Manu Returns’ in its first six months, it’s been a low-key 2015 for the Bollywood box office. Hopes are high from the second half, especially from Shah Rukh Khan and Salman Khan’s films.

With just one blockbuster – ‘Tanu Weds Manu Returns’ in its first six months, it’s been a low-key 2015 for the Bollywood box office. Content turned out to be the mainstay, as proven by the success and appreciation fetched by entertainers like ‘Dum Laga Ke Haisha’, ‘Piku’ and ‘ABCD 2’, but hopes are high from the second half, especially from Shah Rukh Khan and Salman Khan’s films.

Akshay Kumar’s ‘Baby’, which earned close to Rs.90 crore, was the first hit film of the year and then came offbeat movies like ‘Badlapur’ (Rs.50 crore), ‘Dum Laga Ke Haisha’ (an estimated Rs.27 crore) and ‘NH10’ (Rs.30.60 crore), which garnered appreciation not only from critics but audience too.

The box office graph saw a positive trend from May.

“In May, we had ‘Gabbar is Back’, ‘Piku’ and ‘Tanu Weds Manu Returns’. But ‘Bombay Velvet’ was a big debacle. There were three hits in May. Then in June, ‘ABCD 2’ did really well. From May, the film industry is facing better time, ” he added.

If in male actors, it was Akshay Kumar who shone with films – ‘Gabbar is Back’ and ‘Baby’, among the female actors, it is Bollywood’s ‘Queen’ Kangana Ranaut who managed to strike gold with her dual avatar in ‘Tanu Weds Manu Returns’, which has minted close to Rs.150 crore.

According to trade analyst Rajesh Thadani, the response has not been too great in terms of volume of big hits.

“We must now look forward to the second half as all the big films are going to come around this time only. Nothing much has really worked except for ‘Tanu Weds Manu Returns’ and one or two other small films, but the volume hasn’t been as big as it was expected. So, it was quite a disappointing first half, ” he said.

Thadani added that content-based films have worked well on the silver screen despite having no A-listers, pointing out at movies like ‘NH10’, ‘Badlapur’ and ‘Dum Laga Ke Haisha’.

“If content was not the kind that these films had, they wouldn’t have received any better response. The content definitely works, but then star power is also there, ” he added, referring to the success of ‘Baby’ and ‘Tanu Weds Manu Returns’.

Stressing on the importance of good content, Devang Sampat, business head – Strategy, Cinepolis, told IANS: “The phase we are in, ‘Content is the king’ is not an understatement. Audience has finally warmed up to a storyline. Anything trash is not acceptable.

“This is good sign as everybody in the value chain then focuses on working on good scripts, budgets and star cast. Patrons are willing to experiment and explore the terrain of unusual story telling and ideas.”

However, with only one blockbuster in the first half, all eyes are now on the remaining months, which offers hope with big budget films like Salman Khan’s ‘Bajrangi Bhaijaan’ and ‘Prem Ratan Dhan Payo’, Shah Rukh Khan starrer ‘Dilwale’, Akshay’s much awaited ‘Singh is Bling’, which may even cross the Rs.200 crore mark.

“There are better expectations from the second half as we have a few films which are expected to get a huge response. So, the year’s tally can become better. Not only commercial cinema, but films with good content will also work in the second half, ” Thadani said.

Sampat added: “At least three of them — ‘Bajrangi Bhaijaan’, ‘Prem Ratan Dhan Payo’ and ‘Dilwale’ — are definitely looking like Rs.250 crore plus projects at box office. The best is yet to come for this year.”

Adarsh pointed out that this is in tune with the annual trend, where the second half is more dominating with releases slated for festivals like Eid, Christmas and Diwali, which often spell profits for movie industry.