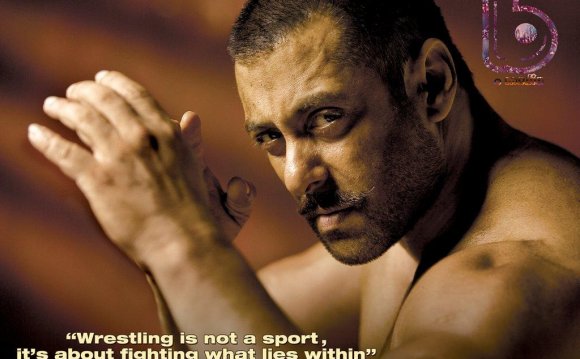 For starters the yuck news: The year has kicked off with Bollywood’s persistence with homophobia. Anything to extract guffaws and giggles from the audience.

Cut to Vir Das and Tusshar Kapoor in Mastizaade. They massage each other’s besocked toes vigorously, the sound effects leaving nothing for the imagination. The buddies starved of female company are, well, in the throes of bleep…bleep… Plus, there’s a podgy, limp-wristed male comedian going bananas (the dialogue’s double entendre) over Tusshar Kapoor.

In Kya Kool Hai Hum 3, there’s yet another buffoon who goes gaga over guys. Tusshar Kapoor’s on the scene again. What’s with him? More pathetic than funny.

And in Sanam Re, a humungously hunky Canadian sheriff strips, rolls his eyes and more to nail Pulkit Samrat.

With Aligarh, clearly, same-gender sex comes out of the closet, proudly. A corrective which was imperative, given Bollywood’s hypocritical and mocking treatment of sexual preference.

Over the decades, readings of B-town’s bromances and buddy movies, have elicited curious analyses. Absolutely inadvertently, there have been latent signs of male-to-male frisson. The one reading which took me totally by surprise (as it will, you) was advanced by Cyrus Mistry, the feted writer of the novels Radiance of Ashes and Chronicle of a Corpse Bearer – don’t gasp please - vis-à-vis Sholay.

Mistry’s essay on Sholay was published in Fulcrum, an excellent, serious-minded magazine, which alas went defunct since it couldn’t sustain itself in a market packed with glossies. According to Mistry, the bond between Jai and Veeru verged on the homo-erotic.

Filmmakers be they uncompromisingly artistic or rabidly commercial have consistently pooh-poohed the signs and meanings discovered by critics and theorists, However, if there’s freedom of expression, there’s freedom of interpretation.

As it happened, quite quirkily a song lyric by Neeraj filmed on Manoj Kumar in Pehchan is quoted as a gay anthem. “Bas yehi apradh main har baat karta hoon, ” it goes, “Aadmi hoon aadmi se pyaar karta hoon” (The only crime I commit every time is…that I am a man and I love men). Obviously, Neeraj was using ‘aadmi’ to mean “human being”, but over time the lyric has been lost in translation.

Incidentally, unplanned sparks between Hema Malini and Parveen Babi had been detected in Razia Sultan, a reading which its director Kamal Amrohi neither accepted nor rebutted. Perhaps, he felt the very notion was absurd.

First Sightings and After

Sexual attraction between men, without any obfuscation, was first noticed in Badnaam Basti (1971). The arthouse film’s black-and-white print may be fungused by now or it could be languishing in the archives. As for Adhura (1995), an unconventional bid to explore the attraction between Irrfan Khan and art gallerist Ashish Balram Nagpal (who also directed), the 90-minuter has stayed in the vaults right to this day and age. Irrfan Khan’s portrayal of a married man who’s in a secret male liaison in Mira Nair’s short film Migration – to create AIDS awareness - has been scarcely seen.

Steadily with the onset of the new millennium, films on same-gender equations have been sneaking out of the closet. Karan Johar’s segment Ajeeb Daastan Hai Yeh for the anthology tribute - Bombay Talkies - by four directors to the Centenary Year of Indian Cinema, was a sharp focused look at the subject, a first from a Bollywood A-lister.

Without much ado, the screenplay looked into a loveless marriage interrupted by a male ‘woh’, a close-up of bisexuality which hasn’t yet been delved into by mainstream entertainment. And what do you know? Johar’s segment was praised as the one most-attuned-to-the-times in the anthology whose other contributors comprised Zoya Akhtar, Dibakar Bannerjee and Anurag Kashyap.

Onir’s My Brother Nikhil and I Am, have persuasively argued that there’s no point in being in a denial mode about same-gender sexual relationships. To a lesser impactful degree, Sunil Sharma’s Dunno Y..Jaane Kyu, playwright Mahesh Dattani’s Mango Souffle and Bomgay have dealt with gay characters, without reducing them to caricatures exemplified by cross-dresser Bobby Darling. Or the punk weirdo enacted by Anupam Kher in Rahul Rawail’s Mast Kalandar and then as a gay stereotype in David Dhawan’s utterly forgettable Dulhania Hum Le Jayenge.

up coming movies of bollywood in 2016

2016 UP COMING BOLLYWOOD MOVIES WILL RULE THE BOX OFFICE

Aladin - an up coming bollywood movie