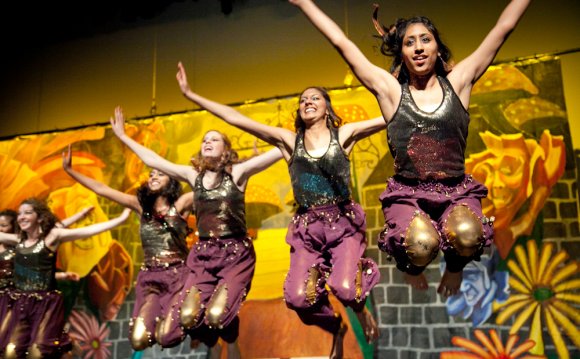 Officials said UC students from all over the country got sick after they attended a dance competition at the Paramount Theatre in Oakland, as originally reported by The Daily Cal.

Some were participating in the Bollywood Berkeley dance competition at the venue where Prince performed last weekend.

Health officials are distributing flyers around campus with how to stop the extremely contagious virus from spreading even further.

Since February 20, officials received 29 reports of students with norovirus-like symptoms, with three confirmed cases of the highly contagious bug.

Students have been showing up at Berkeley's Tang Health Center, complaining of vomiting, nausea and diarrhea.

A handful, but certainly not all of those who became ill attended the dance competition on February 20.

A South Asian student group called Indus puts on the Bollywood Berkeley event every year. "Yeah, it was pretty bad. Pretty severe Sunday, pretty severe Monday, but after that I just completely went away. So, it was very abrupt and then it went away, " Ronak Ahir said.

Of the 200 dancers who came from all over the country, about three dozen got sick on the way home. They all recovered within a couple of days.

Berkeley health inspectors have cleared the event food vendor and UC Berkeley crews are now cleaning all common areas of the campus.

Officials emphasize no single location or event ties all the cases together.

Norovirus is easily spread in a college setting where people live closely together.

Officials are advising people to wash their hands frequently with soap and water; clean surfaces after an illness using a cleaner with bleach; wash contaminated clothing or linens right away and to stay home when you're sick.