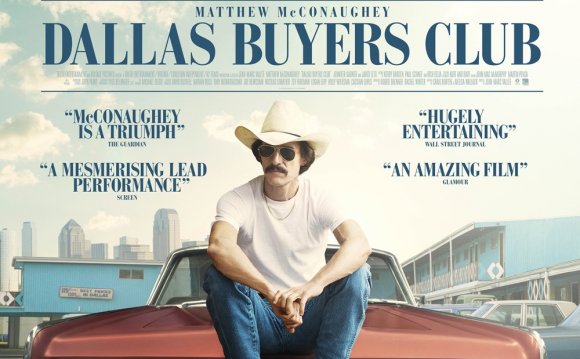 Hits and Misses are a part of life. In fact, it is all the more prevalent when it comes to our âmoviesâ. 2012 had its share of hits, misses, surprise hits and obvious flops as usual at the box office. 2013 will be no different.

Being an optimist that he is, our in house expert and ace astro numerologist Bhavikk Sangghvi predicts the potential âhitsâ of 2013 calculated based on the filmâs release date, vibration of the title, actor/actress date of birth etc. Hereâs the list:

The title of the film adds up to Number 50 â this octave of Number 5 (Mercury) is very fortunate. It indicates success, help from superiors and protection from those in high places and hence one of the luckiest numbers in dealing with future events. Of the ensemble cast, Akshay Kumar (9th September 1967) is a Virgo (ruler Mercury â Number 5) and his destiny number again adds up to Number 5. The man in his opposition Manoj Bajpayee (23rd April 1969) is directly a Number 5 person. This makes a deadly combination. Expect nothing but fireworks !

Bhavikkâs Tip: Director Neeraj Pandey will once again score at the box office as well as critical acclaim just like his last outing â A Wednesday.

The title of the film adds up to Number 26 â this octave of Number 8 (Saturn) is one of the most unluckiest numbers as it indicates gravest warnings for the future and foreshadows disasters brought about by association with others; ruin by speculations, partnerships, unions and bad advice. If it comes out in connection with future events, one should carefully consider the path one is treading. But wait, before jumping to conclusions â the year 2013 which adds up to Number 6 (Venus) is likely to prove lucky for most Number 3, 6, 8 and 9 people, places, dates, names etc. and going by that formula, this film will once again âclickâ with its target crowd (read youth and the masses) and make its investors happy. The âdestinyâ number arrived by adding lead man Randeep Hoodaâs date of birth is Number 6 (20th August 1976) and his good luck will further rub off on the film.

Bhavikkâs Tip: This Valentineâs, love will indeed be âmurderedâ as the third installment of this successful franchise will further cement its brand value.

Adapted from successful author Chetan Bhagatâs novel âThe 3 Mistakes Of My Lifeâ, the title of the film vibrates on Number 32 â a lucky octave of Number 5 (Mercury) usually associated with combinations of people and nations. In such cases, the person should hold to his/her own judgment and opinions, if not, their plans are likely to become wrecked by the stubbornness and stupidity of others.

Bhavikkâs Tip: If director Abhishek Kapoor has stuck to his vision without compromising on commercial diktats, this one will turn out to be a brilliant film in all aspects. Look out for Sushant Singh Rajput (21st January 1986) who will make an absolute smashing debut with this one.

4) The Attacks of 26/11 (Releasing on 1st March 2013. Verdict: Hit): This film needs no introduction as the âtitleâ itself says it all. Vibrating on Number 84 â this octave of Number 3 (Jupiter) is neither fortunate nor unfortunate, it indicates strong mental faculties of a person. But that person should have the tendencies to put all materials things on one side â not because he/she has to, but because he/she wishes to do so. This number can be powerful or indifferent depending upon the will or desire of the person. In this case, everyone knows that director Ram Gopal Varma hasnât really followed the tried and tested stuff and doesnât mind creating even mundane stuff.

Bhavikkâs Tip: This will truly be Ramuâs âcomebackâ film. Not for the weak hearted though.

A remake of 1983âs successful film of the same name starring Jeetendra, the title of this one adds up on Number 30 which once again is neither fortunate nor unfortunate. Actor Ajay Devgn (2nd April 1969) is a Number 2 (Moon) person in numerology and the release date coincides with his birth number. Even the compound number adds up to the same number.

With director Sajid Khan at the helm of affairs, he can hardly go wrong.

6) Ek Thi Daayan (Releasing on 18th April 2013. Verdict: Hit): The title of this film (once again!) adds up to Number 30 â which is neither fortunate nor unfortunate. The movie which revolves around the world of black magic, witches and witchcraft, will appeal to its target audience and make this film an unforgettable experience.

Bhavikkâs Tip: With Emraan Hashmiâs (24th March 1979) luck in top form and with three leading ladies (Konkana, Kalki and Huma) opposite him this time, it will be âthriceâ the fun.

7) Shootout At Wadala (Releasing on 1st May 2013. Verdict: Hit): A prequel to the 2007 hit film âShootout At Lokhandwalaâ, the title of this film adds up to Number 64 â this octave of Number 1 (Sun) is a number of contradictions. It symbolizes a person of great promise and possibilities who is likely to see all taken away from him/her unless...