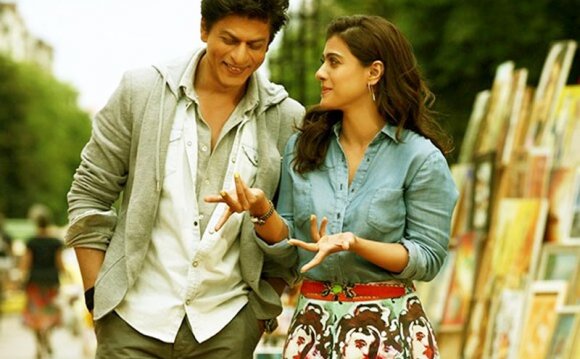 Deepika Padukone, Ranveer Singh and Priyanka Chopra’s ‘Bajirao Mastani’ has been going strong at the box office and has collected Rs. 149.35 cr . Challenging its contemporary, ‘Dilwale’ starring Shah Rukh Khan and Kajol, the film has come out with flying colours at the box office.

The movie, which started on an average business on December 18, has been sailing smooth so far and the second weekend which came along with an extra Christmas holiday has benefited the film. On Friday (December 2) Dilwale earned Rs. 8.11 cr while ‘Bajirao Mastani’ earned a 12.25 cr. There was a slight dip in the collections of the movie on Saturday (December 26) which was Rs. 10.30 cr and the Sunday (December 28) collections again went up to Rs. 11.75 cr. On Monday, the movie grossed Rs. 5.60 cr, Rs. 5.40 cr on Tuesday, Rs 5.05 cr on Wednesday, Rs. 5.35 cr on Thursday and Rs. 7.50 cr on Friday. The total collections of Sanjay Leela Bhansali movie has gone up to Rs. 149.35 cr in India alone. (Read: Shah Rukh Khan’s Dilwale crosses Rs. 100 cr in India, Deepika’s ‘Bajirao Mastani’ picking up pace)

Trade Analyst Taran Adarsh who had earlier tweeted saying that the gap between the two has been narrowing as ‘Bajirao Mastani’ has picked pace in the second week, tweeted:

Sanjay Leela Bhansali has once again proved his efficiency with ‘Bajirao Mastani’. The film which faced bans in certain parts of the country has carved out its part and it yet going strong. With another day of this weekend, we might as well see the total collections going even higher.