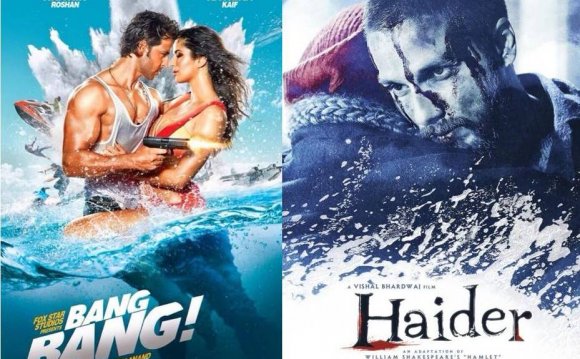 Shah Rukh Khan’s latest release ‘Dilwale’ continues to be on a roll and the film has collected Rs. 273.5 cr gross worlwide.

Dilwale has crossed the collections of Aamir Khan’s ‘PK’, Salman Khan’s ‘Prem Ratan Dhan Payo’ and his own film ‘Happy New Year’ in UAE. According to a press release by Red Chillies Entertainment, ‘Dilwale’ has collected $6.3 million in UAE and has acquired the third position in the list of all time highest grossers in 10 days.

It has also become the highest grosser in Malaysia in 10 days, with a collection of $400, 000; and the second highest grosser of this year in UK. (Read: Shah Rukh Khan’s Dilwale crosses Rs. 100 cr in India, Deepika’s ‘Bajirao Mastani’ picking up pace)

The overall overseas collections of ‘Dilwale’ in 10 days is $16.75 million.

Directed by Rohit Shetty, the film features Kajol and Shah Rukh Khan. One of the most liked on screen couples, SRK and Kajol have spread their magic again after five long years. They were last seen together in Karan Johar’s ‘My Name is Khan’ in 2010. (Also read: Dilwale box office collection: SRK’s movie earns Rs. 102.65 cr in India)