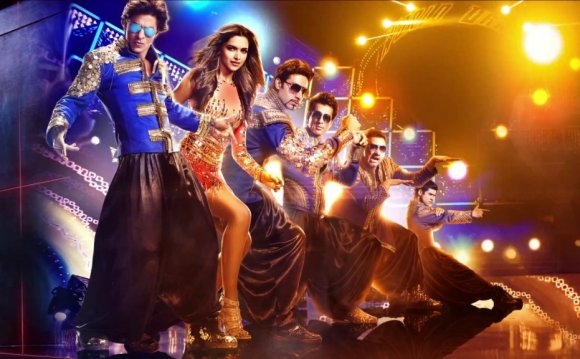 With Prem Ratan Dhan Payo (PRDP) box office collections rising steadily to a mammoth Rs 193.22 crore by day 11 in the domestic market, Salman Khan has become Bollywood’s No. 1 in a category that he has created and made all his own – Salman Khan has established a new segment by itself, that of Rs 500 crore club in collections achieved in a single year (2015). In short, Salman Khan has now become the first and only Bollywood actor whose films have collected Rs 500 crore in a single year at the India box office – if you include foreign take, the total jumps to Rs 279.22 crore.

So, with Prem Ratan Dhan Payo striking gold at the box office and Bajrangi Bhaijaan shattering many records earlier in the year, Salman Khan has yet again proved he is one of the most productive and profitable stars in Bollywood. Here’s the break-up – Prem Ratan Dhan Payo collections: Rs 193.22 cr and Bajrangi Bhaijaan collections: Rs 320.34 cr add up to a humongous total of Rs 513.56 crore.

However, with PRDP still holding strong at the box office, the film has enough steam to continue its solo run this week too, enabling Salman Khan to come within striking distance of the Rs 550 crore club at the India box office too.

While the Rs 500 cr club entry is a first for Salman Khan, the actor has made huge contributions with his other movies too. Salman has been topping the box office charts regularly, in fact in 2012, Salman Khan’s two releases (Ek Tha Tiger and Dabangg 2) had grossed approximately Rs 353 crore at the India box office, whereas in 2014, his film Jai Ho and Kick had a combined collection of approximately Rs 346 crore.

While the Rs 500 crore mark is a great achievement in the actors’ fraternity, there is a long way to go for the males in the industry to catch up with the actresses, at least one in particular, Deepika Padukone! Readers may recollect that Deepika Padukone had grossed Rs 632.48 crore in box office collections from her 4 releases namely, Race 2, Yeh Jawaani Hai Deewani, Chennai Express and Goliyon Ki Raasleela Ram Leela in the year 2013.

For Salman Khan fans, some anxious times are in the offing. Chances are that Salman’s record might be obliterated as Aamir Khan is working on at least one release every year. Also, Shah Rukh Khan is gearing up with two releases next year, and that too may pose a big challenge to Salman Khan for the Rs 500 cr crown. Therefore, now it remains to be seen whether PRDP collection will fatten up enough over this week to ensure Salman Khan has too big a lead over the upcoming movies by the Khan duo. Here is a table providing all the information on Salman Khan’s sensational rise to box office glory: