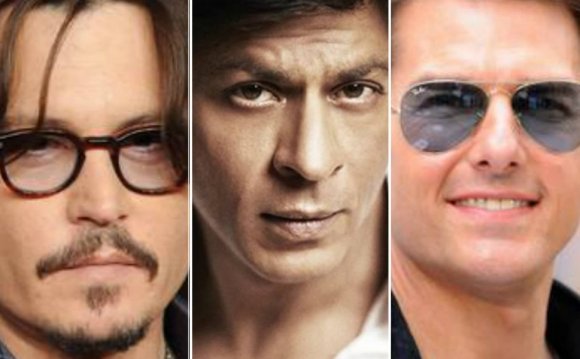 Irrfan Khan- The humble yet versatile actor is a name to reckon with, both nationally and internationally. Irrfan started his career with Television and made a name for himself with projects like Chanakya, Bharat Ek Khoj, Sara Jahan Hamara, Banegi Apni Baat, Chandrakanta to name a few. He was busy doing theatre and Television before films happened. His small role in Mira Nair's Salaam Bombay was also edited. Irrfan did some Bollywood projects including Ek Doctor Ki Maut and Such a Long Journey which did nothing much for his career. But things turned around with Vishal Bhardwaj's Maqbool. he went on to do films like Haasil, Life In a Metro. And then there was Mira Nair's American film The Namesake opposite Tabu, where he plays an immigrant from West Bengal who moves to America with his wife (Tabu) and the struggles they undergo. But it was Danny Boyle's Slumdog Millionaire that changed things for the some of the cast members including Irrfan khan. The film won an Oscar for best Ensemble Cast and new doors seemed to open up for the actor. He played a prominent role in A Mighty Heart starring Hollywood A-List actress Angelina Jolie. His role in the HBO series "In Treatment" won him critical appraise. A regular at Cannes, Irrfan has become the Indian face of cinema globally. He played a villain in The Amazing Spider-Man. He was also cast in Ang Lee's Life of Pi. The actor has reportedly been cast in Development of Jurassic World, science-fiction adventure film and the fourth in the Jurassic Park film series.

2016 is a very good year for Bollywood stars. Priyanka has now succeeded in establishing herself firmly in Hollywood after being invited to be one of the presenters in Oscars. Deepika is looking smashing alongside Vin Diesel in the ‘XXX: The Return of Xander Cage’ movie. Now, news is that Rani Mukerji and Shahid Kapoor’s song from the movie ‘Dil Bole Hadippa’ will be part of the popular American TV series, ‘Limitless.’ Actor Jake McDorman, who plays the character of Brian Finch in ‘Limitless, ’ will dance along with the other cast members on the song, ‘Haddipa’ from ‘Dil Bole Hadippa.’ The stars of the show will wear colourful Indian costumes in the special dance sequence, read a statement. John Carrafa, an American choreographer, has choreographed the song. Well, while technically Rani and Shahid are yet to make their debut in the west, at least their song will make its presence felt.

While the Sri Lankan beauty is getting ready for her H-Town entry, check out others who’ve managed to do so in the past…
- Kiran Kaur

After Deepika and Priyanka, Jacqueline Fernandez to make Hollywood debut?

Priyanka Chopra is making waves on the global platform with her international TV show Quantico. The posters of the former Miss World dominated the busy spots of US and Los Angeles establishing her as a known face wherever she goes. Praising the diva, filmmaker Madhur Bhandarkar has said that we should be proud of the Punjabi kudi for representing India because of her achievements in the international arena, as reported by IANS. For the record, once Madhur is done with the release of Calendar Girls and PC takes out time from Quantico, the two will start shooting for their film Madamji.

Moreover, there have been many more Bollywood personalities who have made India proud in Hollywood. Know more…

Anupam Kher- Anupam Kher is an actor par excellence whose proved his mettle in Bollywood with praise worthy films like Tridev, Chandni, Parinda, DaddY, 1942: A Love Story, Hum Aapke Hain Koun...!, Lamhe and Dilwale Dulhaniya Le Jayenge. Kher ventured into Hollywood with films like The Mistress of Spices. He was also seen in Gurinder Chadha's Bend it Like Beckham that starred Parminder Nagra, Keira Knightley. Anupam Kher also starred in Silver Linings Playbook and shared screen space with Hollywood A-Listers Bradley Cooper and Jennifer Lawrence. The film was also nominated for an Oscar for best picture. With his performance as Dr. Cliff Patel in Silver Linings Playbook, the actor must have certainly made the West take notice of him.