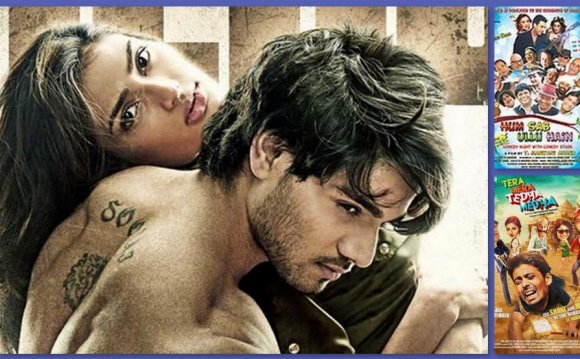 Directed by Farah Khan, the musical heist movie co-stars actress Deepika Padukone and actor Abhishek Bachchan. It was released in India last October during the Diwali holiday. It crossed the domestic milestone of a billion rupees (about $18 million) during its opening weekend.

According to a statement from Red Chillies, will premiere across 5, 000 screens over the Chinese New Year weekend. The film will also be showcased at the Beijing Film Festival in April.
“This is the first Indian movie to come to China this year and in our meeting with Shah Rukh Khan and Yash Raj Films chairman Aditya Chopra, we discussed about many more collaborations in future, ” said China Film Group president Xiao Ping in a statement. “We hope this is just the start of a long journey."
“Under the instruction of President Xi Jinping to reinforce China-India cultural communication, we are greatly honored to have this opportunity to import outstanding Indian films and let Chinese audiences understand and appreciate Indian films and culture, ” added 1905 Pictures chairman Liang Longfei.

During a state visit to India last year, Jinping promoted greater ties between the two countries, which led to the signing of an India-China film treaty.

“China is a natural partner for us and we are very excited to be working with CCTV and CFG to now introduce Indian cinema to the Chinese market at this scale, ” said YRF vp international operations Avtar Panesar. “The two nations have much in common and films are a great way to connect.”

Recently, Walt Disney India-UTV announced its record-breaking hit PK — toplined by Aamir Khan — would also release in China following a pact with China Film Group and Huaxia Film Group. PK is set to open across 3, 500 screens. A release date has not yet been given.

YRF's 2013 action caper Dhoom: 3 was released in China last July across 2, 000 screens via distribution company HGC Entertainment. Indian films have only just begun to get wide theatrical releases in China. The first was Reliance Entertainment's 2009 hit 3 Idiots, which screened in China in 2011.