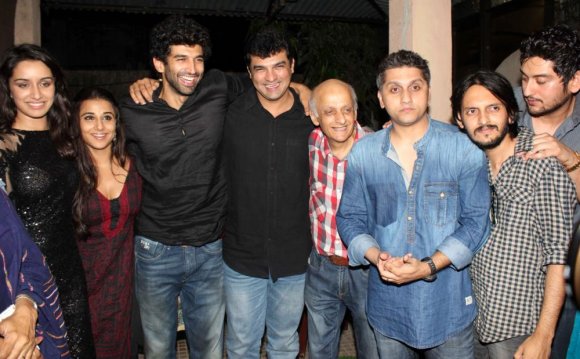 New Year 2016 is going to be a roller-coaster ride for Bollywood and its leading superstars, as some amazing movies are gearing up to clash at the box office. For instance, a major clash is going to take place between Shah Rukh Khan and Salman Khan on Eid 2016 with their respective movies Raees and Sultan releasing on the same day. These two stars have recently mended their broken relationship and have once again become the dearest of friends. Moving on, the movie fanatics will see another major clash and that’ll be between Hrithik Roshan vs Akshay Kumar.

New Year 2016 in Bollywood is going to have a lot of action, drama, thriller, suspense, love, comedy and much more in terms of movies releasing, with a fantastic star cast and some fabulous filmmakers. This year (2015) has already seen huge clashes and blockbuster hits at the box office. Here were we bring to you the list of Bollywood movies releasing in the year 2016, with some interesting names like Dangal, Raees, Sultan, Airlift, Ghayal, Sarbjit, Ae Dil Hai Mushkil, Wazir, Killing Veerappan, and several others. Here are the movies releasing in 2016, month wise:

The movie Killing Veerappan is directed by Ram Gopal Varma. It features Shivaraj Kumar as Senthamarai Kannan and Sandeep Bharadwaj as Veerappan. The movie is based on Operation Cocoon that was launched to ‘capture or kill’ sandalwood smuggler Veerappan.

Sunny Deol has co-directed this film with Rahul Rawail, with Deol playing the lead actor role in it as well. This action flick is the much hyped sequel to Deol’s 1990 movie Ghayal and looks cool from the trailer!

One is a serious movie and the other is an adult comedy. Airlift starring Akshay Kumar and Nimrat Kaur in the lead is based on the evacuation of Indians in Kuwait during the Gulf War. Whereas Kyaa Kool Hain Hum 3 is a sex comedy starring Tusshar Kapoor, Aftab Shivdasani and Mandana Karimi in lead roles. It is the third instalment of the Kyaa Kool Hain Hum film series.