Bollywood songs for children to Dance 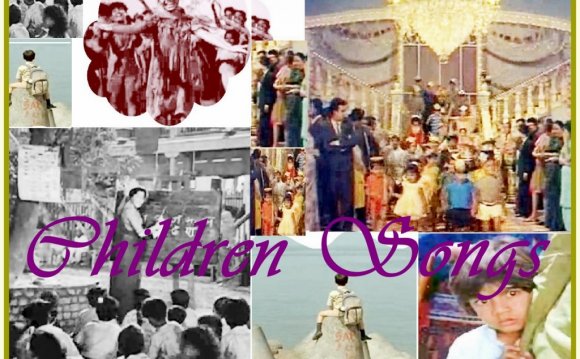 Bollywood movies are family entertainment, and there is something for everyone. There are a lot of songs about children that not only depict how the younger generation was pampered and prepared for the future within the family, but also tell us a lot about family dynamics and relationships. Many of these songs are a treat to hear and watch, not only for kids but also for everyone else.

Here is a list of ten best Bollywood songs about children.

If there is one song that represents all that Bollywood has to offer children, it is this song. It is not just a song for kids. Its musical quality, rhythm, and lyrics make it a perennial classic that stays with most people who follow Bollywood music. There are many who enjoyed it when they were kids, and they still enjoy it today along with their kids. On screen, this song depicts the spirit of childhood in a way that is very close to reality. The great music of this number was composed by R. D. Burman, lyrics written by Gulzar, and the singers are Gauri Bapat, Vanita Mishra, and Gurpreet Kaur.

Children are the most important factor in binding a family together. They are the future and represent the elders of the family in times to come. But most of all, their innocence and straightforwardness brings a unique freshness to the relationships. Lastly, their tenderness and vulnerability make even the hardest perona melt. This number shows how kids are able to take care of an angry grandma and get rid of the tension within the family. It was composed by Ravi. The singers are Asha Bhonsle and Kamal Barot and the lyrics were written by Shakeel Badayuni.

This great number reflects how adults can join children to celebrate. The words literally mean "If we were also children . . ." and bring back our old childhood memories. For kids, it is a sweet nice song that they can enjoy, even half a century after it was composed. Its excellent music was composed by Ravi. It is sung by Mohamma Rafi and Asha Bhonsle and the very hummable lyrics were written by Shakeel Badayuni.

This number is one of the most popular Bollywood songs ever made for children. When it was recorded in the seventies, it was equally popular among all ages and the credit for that goes to the superstardom of singer and actor Amitabh Bachchan. Everything he did those days became a fad. This song shows his multifaceted and has an innovative aura. The nice music was composed by Rajesh Roshan and lyics are written by Anand Bakhshi.

Too Good Children Dance on a Bollywood Hit Song