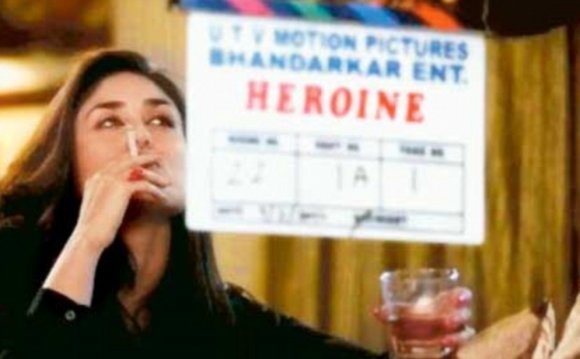 During a recent trip to India, I had the great fortune to spend the day with Amala Akkineni, a beloved south Indian actress who is using her celebrity to advance the greater public good.

A trained dancer and once a major Bollywood star, Akkineni has turned her attentions in the last few decades to the nonprofit world, where she works on behalf of women and girls, people with HIV/AIDS and other vulnerable members of society.

She is still a widely recognized movie idol, attracting gawkers and autograph seekers wherever we went in Hyderabad, a south Indian city of some 7 million people. Despite her fame, she is a modest woman, who dressed simply that day in a blue cotton sari, delicate necklace and no make-up as she took us on a tour of some of the many social projects that are dear to her heart.

I met Akkineni through a friend at Stanford, Piya Sorcar, PhD, who founded a remarkably successful project, TeachAIDS, which began as her graduate thesis in the School of Education. The nonprofit disseminates video materials around the globe, using animated figures of well-known celebrities to convey simple messages about transmission, treatment and prevention of HIV/AIDS. The videos are now available in 81 countries and in 14 languages, including 7 dialects common in India, where AIDS is still a major public health problem.

Akkineni first took us to her nonprofit, Blue Cross of Hyderabad, an animal shelter that she founded in 1992 after her garage had filled up with disabled and abused creatures she had rescued from streets and homes in Hyderabad. Akkineni works regularly at the shelter and is not afraid to get her hands dirty as she comforts dogs with missing legs or feeds camels rescued from the slaughterhouse.

As she became known in Hyderabad for her work with animals in the 1990s, she was approached by Karl Sequeira, an activist in the world of AIDS and addiction, who wanted her help in starting a hospice for AIDS patients. “I was already known as this notorious ex-actress who was running this hospice for animals. So he thought I was a kindred soul, ” she told me in an interview in her small office at the shelter. At the time, HIV/AIDS was such a stigmatized condition that people with full-blown disease were literally being tossed in the trash, she said. “AIDS was everywhere but nobody knew how to deal with it. It was spreading like wildfire, ” she told me. She, Sequeira and other activists raised enough in one evening to open an AIDS hospice run by the Freedom Foundation, which offers a wide range of HIV services today (Sequeira died in 2004).