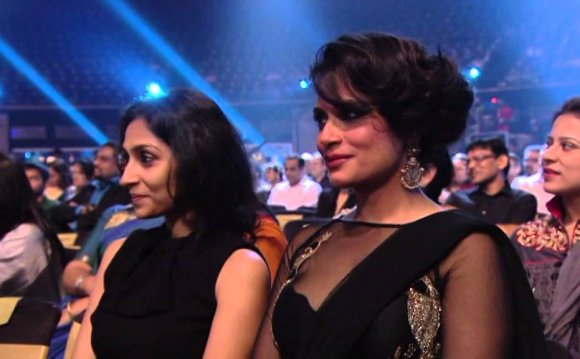 For his 50th birthday, the actor’s family put together messages from everyone dear to him; even ex-girlfriends

On the eve of Salman Khan’s 50th birthday, December 27, a special video was presented to him at his birthday bash. The video had Salman’s school principal, teachers and friends wishing him and talking about him. Kareena Kapoor Khan wished him a beautiful and hot wife like her. Ranveer Singh danced to some of Salman’s songs, while Varun Dhawan and Sonam Kapoor also had sweet messages for the actor. It also featured Akshay Kumar and Shah Rukh Khan. A very special moment was when a handwritten note from Sanjay Dutt came on the screen. Aamir Khan’s message included the dialogue ‘Do dost ek pyaali mein chai peeyenge, isse pyaar badhta hai’ from from Andaz Apna Apna. Aamir further added that he will show up at Salman’s house to do that on his birthday.

Lara Dutta introduced her daughter Saira in the video, and said that someday the eternally young actor will will act opposite her. Anil Kapoor’s humorous message had the actor saying that since Salman is 10 years younger than him, when he turns 100 and Salman is 90, they will party like this once again. In her message, Sooraj Pancholi’s mother Zarina Wahab said, “You made Sooraj a hero, but you will always be my hero.”

Says a source, “It featured people who Salman considers close friends like Suniel Shetty, David Dhawan, Anil, Subhash Ghai and Jackie Shroff. It also had newcomers like Sooraj Pancholi and Athiya Shetty, who Salman has launched. All the people who were contacted and immediately said yes included ex-girlfriends Sangeeta Bijlani and Somy Ali, not to mention his staff, man friday Nadeem and his non-filmi friends.”

The source continues, “The one-hour video also has special moments from his life. It was a surprise for Salman. There were many warm, wonderful and touching moments in the video. The video was shot and put together over the last month.” Salman really could not have asked for a better gift.