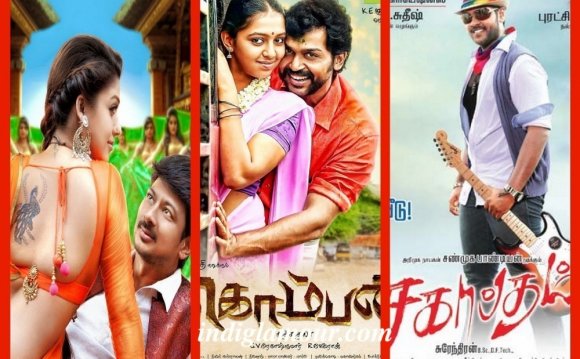 As many as nine films are going to be fighting it out at the box-office this week. From famous model aka cricket fan Poonam Pandey to star kid Tanuj, all will try their luck. Then there is multi-starrer laugh riot Bajate Raho.

Love U Soniyo: In comparison Rati Agnihotri’s son Tanuj makes his debut but he can’t compete with Poonam Pandey in getting attention. After the excessively-publicised debut of producer Kumar Taurani’s son Girish Kumar last week, Tanuj has wisely chosen to slip gently into the movie business. Says Tanuj, “It’s not an ideal situation for any of the nine films. Speaking for my film Love U Soniyo we’ve tried to make a good honest film and hopefully our film would stand out in the crowd.” The film also marks the debut of model and beauty queen Neha Hinge.

Issaq: Manish Tiwari’s Issaq is a very promising take on Shakespeare’s Romeo & Juliet which stars Prateik (who is in desperate need of a career resurrection) and debutante Amyra Dastur. It is the season of love as the makers are hoping this goes the Raanjhanaa and Yeh Jawaani Hai Deewani way...

Bajatey Raho: Eros International’s big-ticket comedy with Bollywood’s own Laurel and Hardy Vinay Pathak and Ranvir Shorey joining hands with Tusshar Kapoor for a melee of masti. Adding to the mirth worth of the comedy is costume designer-actress Dolly Ahluwalia who has discovered a kind of stardom after Vicky Donor. Looks like a load of fun. This is director Sushant Shah’s third film with Vinay after Challo Dilli and Dasvidaniya.

Buddha: A biopic with newcomer Abhishek Urade in the title role. New director Praveen Damle is at the helm of this modestly budgeted biopic.

Oops-a-Daisy: Debutant director Jenner Jose’s Oops-a-Daisy, has an entirely new cast of unknowns. It takes guts to release something like this on an over-crowded Friday.

Planes: The Pixar-Disney animation film Planes dubbed into Hindi with Priyanka Chopra as the protagonist’s voice, is also hitting theatres this Friday.

Main Hoon Surya Singham 2: The dubbed Hindi version of the Tamil Singham’s sequel with Surya and Anushka Shetty should find takers among those who love the Singham series. Hari directs.

To add to the woes of the clogged turnstiles this Friday, the new edition of the global smash hit Wolverine franchise also hits theatres this Friday. Trade analyst Taran Adarsh feels this overloaded Friday spells disaster for the Indian box-office. “It is sheer hara-kiri. Doesn’t make any business sense. Why this hurry to release so many films? Where are the theatres to accommodate so many films? How many shows can each film get? Why act in haste and repent on Monday? When will we learn from our mistakes?” Taran feels the average movie-goer cannot accommodate so many films in his budget. He adds, “Does the common man have the time, money or inclination to watch so many films? And when films flop we blame everyone except ourselves.”

Badlapur Is All Set For Release This Week | Bollywood News ...