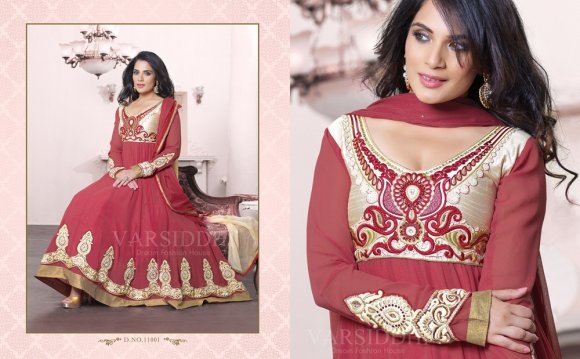 Varun was half hour late. As we waited, Anushka laughed and said, "That was the best part of making NH 10. I never had to wait for the hero."

It seems to me that heroines in Hindi cinema are increasingly unwilling to wait for heroes. Actresses have spent over 100 years as second-class citizens in Indian cinema. They have provided visual relief, pleasure and plot points that enabled the hero to display heroism — countdown all the damsels in distress, the sisters who were raped, the mothers who were trampled by tyranny until their sons rescued or revenged them. The stand-out female roles — Mother India, Bandini, Bhumika, Umrao Jaan, Mirch Masala — were rarer than a hit film.

Over the last five years, the landscape is shifting shape. Since the monster success of The Dirty Picture in 2011 and Kahaani in 2012, the womanled film has ceased to be a cinematic pariah. Of course budgets are abysmally low (especially when compared to brand-name hero vehicles) and distribution strategies are niche but the numbers are high enough to constitute a mini-trend. Every actress I've interviewed in the last three years — from Sridevi to Alia Bhatt — has said that this is the best time to be a Bollywood heroine.

What's interesting is that the women seem to be making braver artistic choices than the men. Cast a cursory glance at some of the films released last year. Queen, the best Hindi film of 2014, had Kangana Ranaut reinventing herself as Rani from Rajouri. It was a beautifully nuanced performance that anchored the film and made it a sleeper hit - it also won Kangana her second National Award. Alia Bhatt moved far away from her precocious fashion queen persona in the flawed but ambitious Highway. You could hear the knives sharpening across town when Priyanka Chopra was cast as Mary Kom but the actor was absolutely convincing as the iconic Indian boxer. Rani Mukerji was equally strong as the steely cop in Mardaani. And incredibly, Madhuri Dixit-Nene and Huma Qureshi played con-women who are lovers in Dedh Ishqiya. The films found varying degrees of success but each one was a risk that required the artist to step out of her comfort zone.

Meanwhile what were the men do ing? Shah Rukh Khan was displaying his incredible eight-pack abs in the frantic and noisy entertainer Happy New Year. Hrithik Roshan, relying heavily on his staggering beauty and industrial strength charm, propelled the poorly scripted and largely vacuous Bang Bang! Askhay Kumar costarred with a dog in Entertainment.Saif Ali Khan served up yet another urbane, glossy but banal rom-com, Happy Ending. Ajay Devgn sliced and diced his way through Action Jackson, arguably the worst film of the year. And Salman Khan repeated himself with great success in Kick, playing yet again, a superhero with smart lines who saves the heroine and the day.
There were stray surprises - Shahid Kapoor bravely took on the Herculean task of playing Hamlet in Haider and Aamir Khan became an unblinking alien in PK - but mostly the A-list heroes preferred to stay within the lakshman rekha of seemingly safe, flashy, big budget vehicles that served them, not as actors but as brands. Which leads me to conclude that our heroes are caught in the Rs 200-crore club trap. Box office has become a spectator sport - on the Friday of a big release, the conversation is dominated not by the quality of a film but by the numbers it has done. The question on everyone's lips is: how much money did it make and did it create a new record? The burden of besting the last milestone falls on the shoulders of our leading men. Naturally, they hedge their risk by repeating themselves -to the point, where an actor like Salman functions as a one man franchise. Can you really differentiate between his characters in Kick, Jai Ho and Dabangg 2?
Happily the women are free from these constraints. They might be supporting players in the big-ticket movies but they come into their own in the smaller ones.
As far as actresses are concerned, niche is nice. Of course, the Hindi film industry still has a long way to go in terms of gender equality. Even Hollywood, light years ahead of us in content and budgets, struggles for parity between men and women. New research conducted by the Center for the Study of Women in Television and Film at San Diego State University found that females comprised only12% of the protagonists in the topgrossing Hollywood films of 2014 — a 3% drop from 2013.

The bitter truth is that it will take decades and generations for these numbers to even out. But it cannot be denied that these are exciting times for women in Bollywood. As the NH 10 tag line says: No turning back.