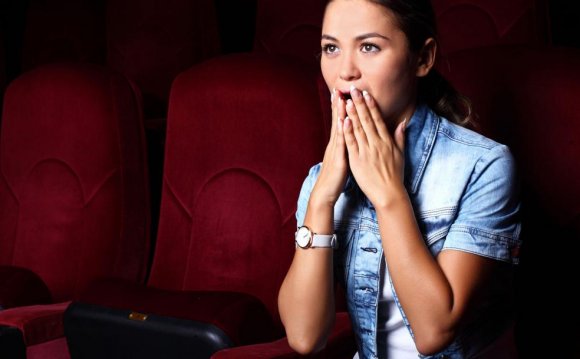 Even among the run-of-the-mill action movies or the cliched droves of films from modern-day Bollywood, there are some mushy-gushy gems worth your time.

We promise that you will be in a loving, romantic mood for at least the rest of the week with these classically sweet and passionate mix of hits and possibly some films that may have flown under your radar.

Here are the most lovey-dovey Bollywood movies of the last five years.

Director Imtiaz Ali has always been one to make interesting films about love and relationships. His first film, “Socha Na Tha, ” explored arranged marriage, while his next venture, “Jab We Met, ” was all about how love (even of a one-sided nature) can bring new life to a drifting soul. With his third film, “Love Aaj Kal, ” Ali showed that love is constant through time—and that true love can exist. This film is a bit sappy and melodramatic at times, but what classic romantic film isn’t? For the truly romantic at heart, this film is a must-watch.

The best way to describe this film—which features Anushka Sharma in her third acting role and Ranveer Singh in his debut, alongside debutant director Maneesh Sharma—has a simple premise that is elevated by two fantastic performances.

“Band Baaja Baaraat” follows two very different people, Bittoo Sharma and Shruti Kakkar, who come together to create a successful wedding planning business. Though there are some clichéd moments (the way the Bittoo and Shruti finally get together is the most obvious one), the chemistry between Sharma and Singh is obvious and palpable, and the way the relationship between their characters grows is modern and beyond sweet.

Our generation may think of arranged marriage as old-fashioned and outdated, but “Tanu Weds Manu” exhibits the balance between arranged marriage and love, while realistically portraying what it is like to fall in love unexpectedly and completely.

The film is enhanced by the immense talent of its main cast. The incredible Kangana Ranaut is great yet again, alongside another consistently good actor, Madhavan. There is even a great supporting role by Jimmy Shergill, arguably the only young actor from “Mohabbatein” that lived up to his potential. If this movie doesn’t succeed in putting a smile on your face by the end, nothing will.

For a more modern romance film, look no further than “London, Paris, New York, ” which follows the ups and downs of a tempestuous romance between a couple over the course of several years.

The lovers lie to each other, trick each other, lust after one another, and do so many things that happen in real life between two people who fall in love—but have a tough time making their relationship work.

“London, Paris, New York” is hard to watch at times, and at others, it is delightful. And what makes this film great is its realness.