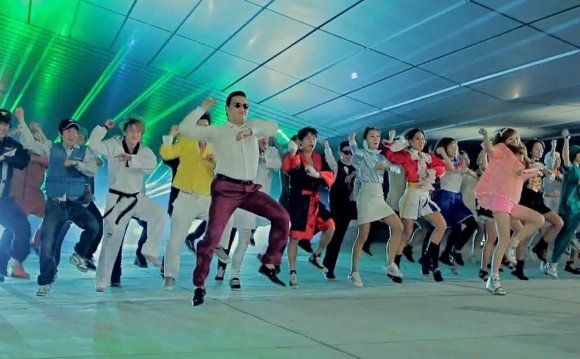 Hi! Welcome to how to Bollywood dance. We are both the Managing Directors of Dhoonya Dance.

So, once you've warmed-up and you are ready to start your Bollywood dance lesson, you can start with some basic movements. We are going to go through some foot-work that kind of takes one to another and you'll see the variations as we go along and then teach you some basic hand movements and shoulders that you can put into any sort of dance and look like you are a Bollywood movie star.

So, this is something that you'll see over-and-over and once you get the hang of this you can do almost any move.

So, another thing that we can do, we are going to move into the limp step, what we like to call the Limp Step, thats not the technical term, and that is basically putting one foot on the toe, and then pressing down on the toe, and then do your other foot. So, it's just like you are limping, if you hurt your foot.

Then the other form of that is to, if you are a female especially, you might want to add some hip into there. So, you are adding your hip, as you are pressing down, and that's a little hard to see what I am doing, you are taking your hip up, and then down. So, as your toe hits the ground, your hip goes up, then down.

The other footwork that we wanted to show you today is a basic turn. You see a lot of turning in Bollywood dance, and the easiest way to do this is to take one foot, cross it over, and then unwind.

So, you can try that again with us, cross over, unwind, and it can be done with the same way with your left foot, so, taking your left foot, crossing over, and unwinding.

How to Do basic Bollywood dance moves for beginners