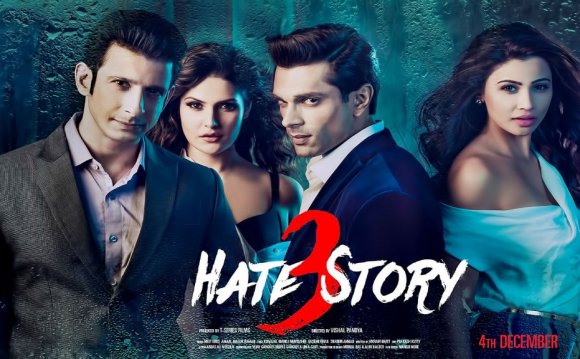 The box office was neither shaken nor stirred. Audiences still kept themselves interested over the weekend by checking out the latest adventures of James Bond, but they were also willing to give the random newbies a chance this weekend too for a relatively uneventful time at the movies. Maybe everyone was just enjoying the fall weather and didn’t want to spend it in a darkened room looking at Christoph Waltz and Daniel Craig fight each other. Still, three new releases managed to crack the top ten, while stalwarts that have been out for a few weekends held on to their spots. Find out which ones in this weekend’s box office roundup.

As predicted, Bond repeated at the top of the chart, as the new 007 movie posted an impressive $35.4 million for Friday to Sunday. What did surprise was the staying power: Spectre had the smallest second weekend drop of the Daniel Craig-led Bond movies since 2006’s Casino Royale. Since Spectre is tracking below the seemingly unstoppable Skyfall, it might easily have dipped past Skyfall’s 53.5 percent second-weekend drop; instead, Spectre lost only 49.7 percent. Further, Spectre opened in China to that market’s largest-ever haul for a 2D film, with north of $48 million — already near the $59 million Skyfall totaled there. It should hold up nicely until November 20, when The Hunger Games: Mockingjay - Part 2 opens on more than 4, 000 screens worldwide.

What Disappointed: Our Brand is Crisis

A few weeks ago we predicted the Sandra Bullock-starring, George Clooney-produced political comedy Our Brand Is Crisis would crash, and so it did. What was supposed to be high-profile counter-programming turned into a whimper. It just broke $3 million in its first weekend of release, dipped nearly 60 percent to $1.4 million in week two, and continued to fall so steeply from there that its studio, Warner Bros., pulled it from 1, 701 theaters. To make matters worse, the studio didn’t even bother calculating its box office estimates for its third outing this past weekend, meaning the movie was in 11th place last weekend and disappeared from the list of box office totals this weekend altogether. If the people that made the movie want to forget about it, it’s a good bet you should too.

What Was Surprising: Love the Coopers and Prem Ratan Dhan Payo

The Bucket List, The Best Exotic Marigold Hotel, Something’s Gotta Give — all classics of old person-core. This week we may have gotten another one to add to the list with Love the Coopers. The Christmas-themed comedy starring John Goodman, Diane Keaton, and Steve Martin as a narrator dog was a relative success, easing into the third spot. It was nearly $16 million less than The Peanuts Movie’s take in the second spot, but it beat out the evergreen people’s champion The Martian, which came in at No. 4. The movie should continue to be counter-programming for parents and grandparents going into the holiday season. The other surprise at this weekend’s box office was the Bollywood movie Prem Ratan Dhan Payo featuring Indian megastar Salman Khan. It made $2.7 million from just 286 theaters to become the fourth highest grossing Bollywood movie of all time after breaking records in its native country by earning the highest grossing opening day ever.

What You Should Take a Chance On: The Peanuts Movie

Charlie Brown, Snoopy, and friends have proved to be the exception to the rule of terrible CGI updates of old cartoons. Spectre is making all of the headlines, but Charlie Brown is quietly making his own statement. Look for Pixar’s The Good Dinosaur to nudge The Peanuts Movie down the marquee soon — so be sure to catch it before it’s gone.