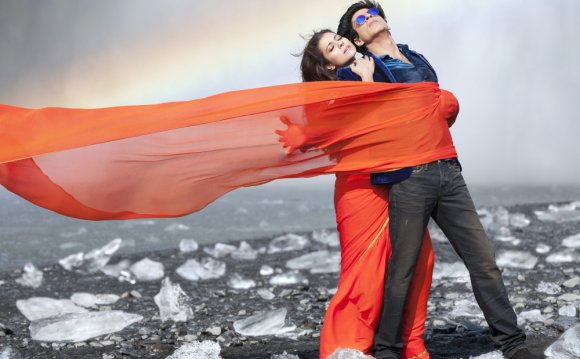 The film has beaten Telugu blockbusters Eega, Gabbar Singh, Magadheera and is all set to beat Attarintiki Daredi at the worldwide box office. Will it be able to reach closer to Baahubali: The Beginning?

Mahesh Babu‘s Telugu flick is on a record breaking spree.After entering the coveted Rs 100 crore club at the box office a few days back, the movie now stands at a massive Rs 150 crore at the worldwide box office. The film opened up to a thunderous applause from the crowds and in just 12 days has become the third highest grossing Telugu film ever. Wow!

Close on the heels of the super success of Baahubali: The Beginning which netted Rs 577 crore across the globe and still continues to draw in audiences, the makers of Mahesh Babu-Shruti Haasan’s Srimanthudu can rest assured that their film will not be hampered by the Prabhas-Rana Daggubati-Tamannaah-Anushka Shetty starrer. This Mahesh Babu starrer has beaten the records of Eega (125 crore), Gabbar Singh (150 crore), Magadheera (150 crore) and is steadily heading towards Attarintiki Daredi (187 crore) and with the sort of reception it is getting, it won’t be long before Srimanthudu crosses it. However, with Baahubali: The Beginning standing tall at Rs 577 crore, it seems like an uphill task for Prince Mahesh Babu to have the title of the numero uno film under his belt.

The film, which has been directed by Koratala Siva also has Jagapathi Babu, Rajendra Prasad, Sampath Raj, Sukanya and Harish Uthaman playing various roles. However, it’s the charm of Prince Mahesh Babu that is winning hearts all over. The film is about about a multi-millionaire played by Mahesh Babu and how his life changes once he decides to adopt a village. The problems and challenges he faces thereafter forms the basic plot of the film.