Most beautiful actor in Bollywood 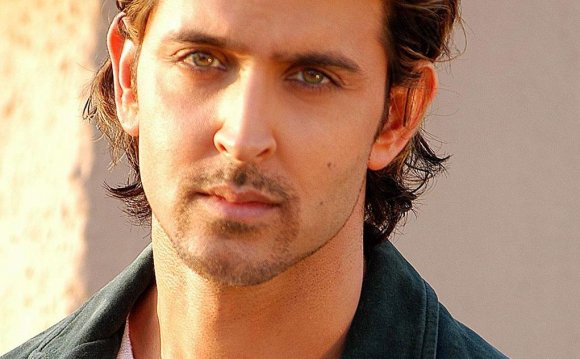 In the glamorous world of movies, how you look matters! I'd like to present a list of the ten most handsome leading men in Bollywood. Not only are these guys handsome, but they're also talented and charming.

Aamir Khan is an actor, director, and producer born on 14 March 1965 in Bandra, India, a suburb of Mumbai. He has established himself as one of the leading actors of Hindi cinema. Khan started his career as a child actor in the film Yaadon Ki Baaraat in 1973. He began his career as an adult with Holi in 1984, and received National Film Awards of the Special Jury for his roles in Qayamat Se Qayamat Tak (1988) and Raakh (1989).

Some of his best flims are:

On 30 November 2011, Khan was appointed as ambassador of UNICEF for South Asia to promote child nutrition. He is also part of the government-organised Information, Education, and Communication (IEC) campaign to raise awareness about malnutrition. The government of India honoured him with the Padma Shri in 2003 and the Padma Bhushan in 2010 for his contributions to the arts.

Hrithik Roshan was born on 10 January 1974, to parents from old Hindi film industry families. His maternal grandfather was director-producer J. Om Prakash. He started his career in the 1980 film Aasha. As an adult, he began his career in Kaho Naa Pyaar Hai (2000). Some of his best films are:

He has won six Filmfare awards, including for best actor.

Sharukh Khan was born on 2 November 1965 in New Delhi, India. He is one of the most popular actors in the Hindi film industry. Khan began his journey to fame by landing the lead role of a commando in 1988 drama series "Fauji." His first film was Deewana in 1992. Some of his best films are:

He has won a number of awards, including the 1997 Best Indian Citizen Award, the 2002 Rajiv Gandhi Award for Excellence in the Field of Entertainment, a Filmfare best actor award, and Best Actor at the Asian Film Awards. He was given the title of Padma Shri in 2005.

Salman Khan is one of the most popular leading men in Bollywood and also has a reputation as a "bad boy." But many-a-common-man claims that this macho hunk actually has a heart of pure gold. He was born on 27 December 1965 in Indore, India and began his acting career in 1988 with Biwi Ho To Aisi. Maine Pyar Kiya in 1989 was the first film in which he acted in a lead role, and which garnered him the Filmfare award for Best Male Debut. Some of his best films are:

He counts among his accolades are Filmfare and Star Screen awards for best actor.

Ranbir Kapoor was born on 28 September 1982. He is the son of Rishi Kapoor and Neetu Singh. He began his career in Bollywood as an assistant director on Sanjay Leela Bhansali's 2005 film Black. His first major acting role was in the film Saawariya in 2007. Some of his best films are:

He has won five Filmfare awards, including two consecutive best actor recognitions in 2011 and 2012.

He has won a number of awards, including a Filmfare award for best debut in 2009 and in 2012 a National Film Award for the best popular film providing wholesome entertainment.

He has won two Filmfare Awards and in 2011 won an Asian Award for outstanding achievement in cinema. In 2009 he was awarded the Padma Shri by the government of India.

TOP 10 MOST BEAUTIFUL BOLLYWOOD ACTRESSES IN 2015