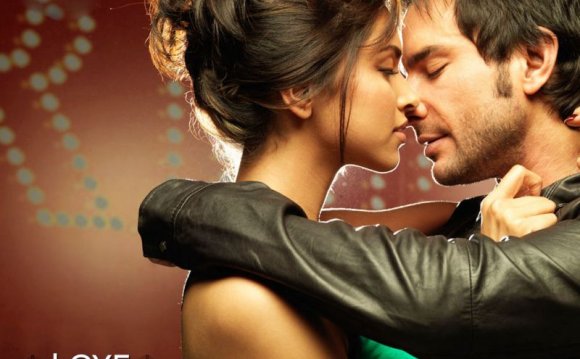 Love in Hindi cinema has traveled from Salim-Anarkali in Mughal-e-Azam to Raj-Simran in Dilwale Dulhania Le Jayenge to the recent Bajirao-Mastani's’s story in Bajirao Mastani. The love for romantic films has only gone up all these years and it really is difficult to even imagine Bollywood movies without romance. Let us take a look at evergreen romantic movies many of which we have grown up watching.

If you grew up hoping to have love story like Raj and Simran you are not alone. The love story of a NRI boy and a traditional girl with orthodox father has become the longest running Hindi movie of all time. Melodious music, excellent performance and sizzling chemistry between Shahrukh Khan and Kajol - all make DDLJ a member of this coveted list.

Was it real life coming to life on reel or was it the other way round? The Amitabh Bachchan-Rekha pair looked madly in love. Shiv-Hari’s music took the love story to the next level. One of the finest films directed by Yash Chopra.

​
Not all love stories have happy ending. But that should not deter you from watching this classic romantic movie directed by Mansoor Khan. Aamir Khan proved his mettle in his debut movie itself. His chemistry with Juhi Chawala was the highlight of this movie.

They say first step towards love is friendship. Maine Pyar Kiya showed budding friendship turn into love with time. Salman Khan became the secret crush while his sweet chemistry with Bhagyashree will leave you stumped. You do not see innocent love stories any more.

A seeming impossible love story between an Indian officer and a Pakistani girl. Yash Chopra’s Veer- Zaara is an unconventional love story. Shahrukh Khan and Preity Zinta’s story is all about love and sacrifice.

The teenage love story starring Rishi Kapoor and Dimple Kapadia was an instant hit with the audience. The tried and tested formula of rich guy-poor girl made the film a huge box office success. The song Hum Tum Ek Kamre Mein Band Ho is a rage even today.

A love triangle directed by Sanjay Leela Bhansali, has Aishwarya Rai, Salman Khan and Ajay Devgan in lead. It had two set of love stories, with Aishwarya-Salman depicting the refreshing first love moments in the first half while the second half had Ajay-Aishwarya’s mature love story after marriage.

This is Aditya and Suhani’s love story played beautifully by Vivek Oberoi and Rani Mukherjee. This story will make you laugh, cry, blush and finally make you realise that love is above everything else. Beautiful story, lead pair and A R Rahman’s music makes it one of the best romantic films in recent times.

Another love story directed by Sanjay Leela Bhansali, had Shahrukh Khan playing the titular. A periodic unfulfilled love story which showed Devdas’ love for Paro played by Aishwarya Rai Bachchan. A tragedy that will leave you in tears.

This Yash Chopra love triangle had his blue eyed boy Shahrukh Khan, along with Madhuri Dixit and Karishma Kapoor. A rather mature love story, the movie is remembered for its performances and song.

Is love possible between a Mughal emperor and Rajput warrior princess? It looks a little difficult but Ashutosh Gowariker in his historical romantic drama depicts the life of Jodha and Akbar played by Hrithik Roshan and Aishwarya Rai Bachchan.

Falling in love at work is not a new concept, but Yash Chopra production churned out an interesting love story between two wedding planners. The dazzling chemistry between focussed Anushka Sharma and funny Ranveer Singh was a delight to watch. The story was fresh and so were the characters.

Shahid Kapoor is in love with Kareena Kapoor who is in love with another guy. He helps her meet the man of her dreams. The story of this Imtiaz Ali film is pretty simple but has loads of romantic moments. Shahid-Kareena broke up after this or we would have been treated to more mush stuff.