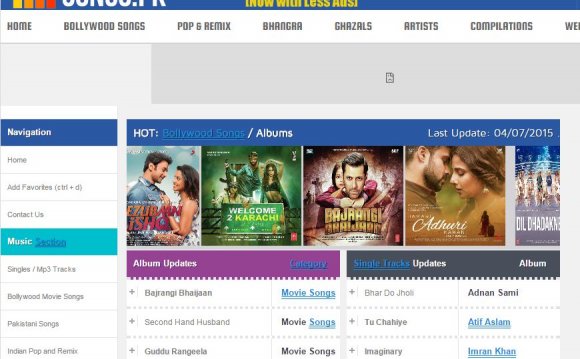 I haven't added a number of them as they have already been mentioned or I didn't think they were "Must-watch (e.g. Rocket Singh, Silsila etc.)

The Plain and simple reason why this film was a flop was because it was way ahead of its time. It was too much entrenched in realism when the Indian audience were still being fed on a regular diet of bullshit films like Hero No. 1, Biwi No. 1 and Raja Hindusthani (Alas! Even I used to like some of them.)

This Mani Ratnam flick however was well recognized for the original score (AR Rahman.. Hurrah!) and the dance sequences (face palm). Meanwhile most, quite conveniently overlooked the quite brilliant performances from its two leading actors in the film, i.e. Shahrukh Khan and Manisha Koirala.

It's hard to even imagine how this cult Bollywood film crashed and burnt at the box office; but it did. The film which had two big stars in Salman and Aamir took three years to complete as the duo went head and toe against each other to have more screen presence.

The film, which in the last two decades has found its own niche and given us all some unforgettable banter and dialogue, didn't quite hit it off with the audience of the mid 90s. While it did reasonably well within Mumbai, outside of the

Winning the World Cup was not the only good thing that happened in the country in 1983. We were also gifted, probably the best ever satire-comedy that this industry has ever produced.

But yet again, this seems to be a miles ahead of its time. While Kapil Dev and co.'s feat were celebrated across the country, people didn't quite warmed up to the film. But, thankfully films unlike a lot of other things don't get lost with time.

More than three decades on and Kundan Shah's effort to give the audience a totally unique experience seems to be worthwhile.

Edit 2 (These films deserve it)
Fire got embroiled in politics and protestations even in the fledgling days of release. After, a number of concessions which included changing of on the main character's name from Sita to Nita. The, which finally got released in India in 1998.

After a few weeks of strong running, the Shiv Sena and other nuisance right-wing parties began to stir problems across the country and never allowed it to be the success it could have been.


I was once an Aamir Khan fan (lost faith in him after Dhoom 3, Piku and a few other non-sensical comments). And this was arguably his trongest onscreen performance till date.

He was accompanied ny the equally talented Nandita Das and a performance to remember by debutante Rahul Khanna (anyone know where he is now?) While it was critically acclaimed and was our entry for the 1999, the film never really do as well as it should have done at the box office.

Water was probably even more powerful than it's two predecessors. The film attracted attention even in its infant days of shooting and the crew had to move to Sri Lanka to film.

Even the original starcast that of Shabana Azmi, Nandita Das and Akshay Kumar had to be replaced by John Abraham. The controversies and protestations delayed the film by three years and was released under a false name "River Moon".